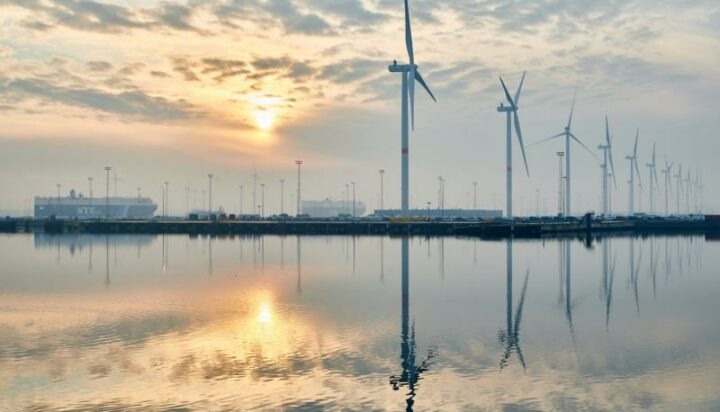 A total of 11 wind turbines will be used in Belgian Port to charge more than 20,000 electric vehicles (EVs) every week.

The 44MW project, which is claimed to be the largest onshore wind farm in Flanders, was built after a collaboration of ENGIE, the Port of Zeebrugge and the International Car Operators (ICO).

The wind turbines are forecast to provide a total of 110GWh of renewable energy a year, equivalent to the consumption of about 30,000 families.

The project is also estimated to eliminate 50,000 tonnes of carbon dioxide every year.

The ‘green terminal’, which consists of 308 charging points, could potentially power moored ships as well in the future.

Philippe Van Troeye, Chief Executive Officer of ENGIE Benelux, said: “We want to increase our onshore wind energy capacity to 1000MW. With these 11 wind turbines, we are already getting one step closer to achieving that goal.”

Svein Steimler, Chairman of ICO, commented: “ICO does not only want to be the largest roll-on, roll-off terminal in the world but also the greenest terminal through initiatives such as the use of wind turbines, solar panels at the Vehicle Processing Centers, water recovery systems for the car wash, heat pumps for heating buildings, LED terminal lighting, EV shuttle cars and later shore power for ships.”