The project is forecast to store enough energy to power 7,000 homes for a day 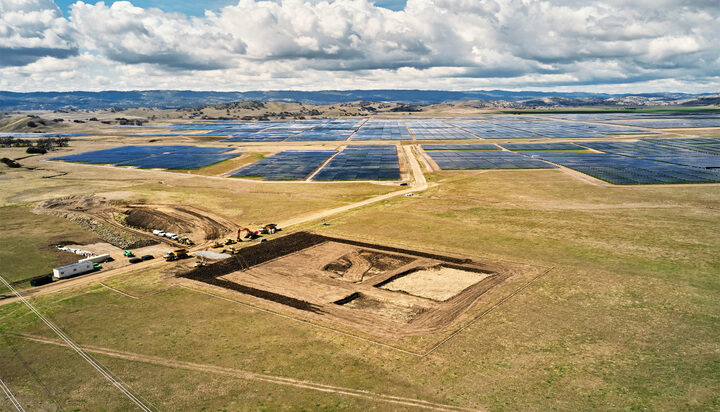 Apple is building one of the largest battery projects in the US, in Central California.

The grid-scale project is predicted to be capable to store 240MWh of energy, enough to power more than 7,000 homes for a day.

The plant is expected to be linked to the tech giant’s 130MW solar farm that provides all of its renewable energy in California, by storing the excess power generated during the day and deploying it when it is most needed.

Apple has also announced more than 110 of its manufacturing partners are moving to 100% renewable energy for their Apple production, with nearly 8GW of planned clean energy set to come online.

Last year, the company unveiled its plan to become carbon-neutral across its entire business, manufacturing supply chain and product life cycle by 2030.

A few days ago, Apple announced it has spent $2.8 billion (£2bn) through its green bonds in 17 renewable energy projects around the world.

Lisa Jackson, Apple’s vice president for Environment, Policy and Social Initiatives, said: “We are firmly committed to helping our suppliers become carbon-neutral by 2030 and are thrilled that companies who’ve joined us span industries and countries around the world, including Germany, China, the US, India and France.”