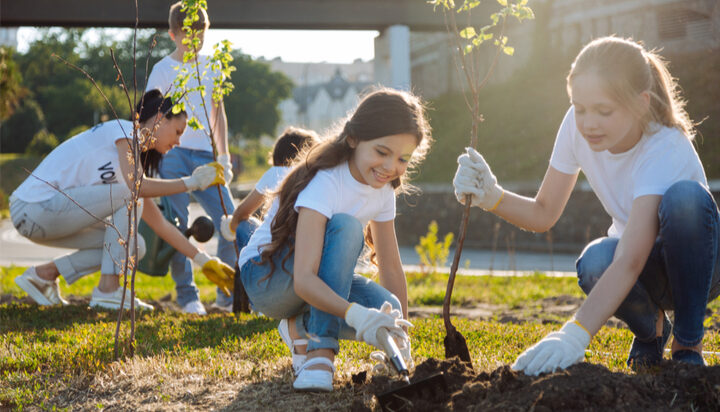 The British High Commission in Canada has teamed up with kids’ conservation organisation Earth Rangers to help empower the next-generation to act on tackling climate change.

Their new partnership will see the use of app-based technology to inspire and encourage Canadian youth to take action on climate change ahead of the UK-hosted COP26 conference in Glasgow this year.

The two organisations are launching a series of climate-themed activities as part of Earth Rangers’ Missions Programme, with each focusing on topics such as climate mitigation through rainwater harvesting, reducing emissions by saving energy at home and planting trees while learning about the importance of forests and other ecosystems such as carbon sinks.

This is expected to raise awareness about climate change among children and provide them with an opportunity to take “concrete and positive action”.

The initiative is part of a series of activities the UK is undertaking to build climate action in the lead up to the COP26 climate change summit in November.

Susan le Jeune d’Allegeershecque, British High Commissioner to Canada said: “We are delighted to be partnering with Earth Rangers to help inspire kids to get involved in the fight against climate change. We believe it’s so important to empower the next generation to take action now so they can help shape the future of our planet.”