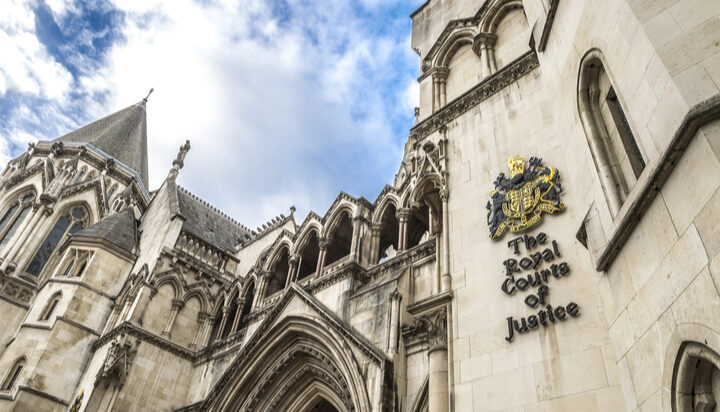 Matthew Richards is just five and living next to a landfill site is seriously affecting his health claim his family.

Matthew has grown up next to Walleys Quarry in Silverdale, Newcastle-under-Lyme and according to his family suffers from chest problems caused by breathing in hydrogen sulphide (H2S) which is allegedly being emitted from the site.

H2S is a flammable and poisonous gas.

Tom Currie, Matthew’s uncle, spoke to ELN about their fears and what it is like living day in day out in their home, near the landfill: “We live 0.6 of a mile away but the toxic gas can be smelled for miles around the site, up to ten in some instances. It is unbearable, the lack of sleep, the ill-health. The gases are more prevalent at night but you can smell them all day most days too.”

Matthew had chronic lung disease as a baby.

The family has taken the owners of the site Walleys Quarry Ltd to court over the alleged emissions and the case was recently heard in the High Court in London. But how optimistic is the family about a positive outcome?

Mr Currie said: “I have every faith in the justice system to see this for what it is, a breach of Matthew’s human rights. The High Court case should never have had to happen. If the Environment Agency (EA) did the job they were supposed to do we wouldn’t be in this situation.”

He says if they lose the case, they will consider leaving their home: “We can not put our family through this anymore.”

Mr Currie added that Mathew has been affected by the landfill from birth but it was only January of this year that they really connected the dots and later when medics diagnosed him as being affected: “Matthew is still affected most nights and has to use his inhaler more than when he is not at home.”

In Tom’s opinion, closing the site would lead to this problem being solved sooner.

In his report, he said environmental exposure to H2S is “materially” contributing to Matthew’s ill-health and added continued exposure to the gas is “detrimental to his quality of life and is reducing his life expectancy.”

Dr Sinha told ELN: “With regards to the development of the respiratory system in childhood, Mathew is at a crucial stage. He can recover from the impact of his prematurity but he needs clean air to do so. When children are at risk, we need to act fast.”

Dr Sinha also mentioned in his report the landmark case of Ella Adoo Kissi-Debrah, a child whose death has been attributed to air pollution.

He believes that case highlighted the fatal consequences of poor air for children.

An Environment Agency spokesperson said: “We don’t want the community to continue to suffer from impacts of odour from Walleys Quarry. That’s why we will continue to do the best we can with the powers we have to bring the odour under control.

“We have been working in partnership with Public Health England, along with Staffordshire County Council and Newcastle under Lyme Borough Council since March to understand any risk that the site may pose and provide the right advice to the local community.

“The work we are requiring the operator to do is making a difference and producing some improvements that will significantly reduce the amount of landfill gas escaping from the site and reduce odour in the long-term. There is still a long way to go and we recognise that for residents at the moment it still smells, but H2S levels are reducing.

“We understand that many residents want the landfill closed. Walleys Quarry is an active landfill and closing it would not stop emissions from the site, and these emissions would still need to be managed.”

ELN contacted Walleys Quarry Ltd for a response. The company refused to comment on the Judicial Review until the judge releases his decision.

Last week, Nigel Bowen, Chief Executive Officer of Walleys Quarry Ltd, commented: “Walleys Quarry Ltd remains committed to doing everything that is within our power to help remedy the situation as soon as possible, working in conjunction with the EA and other stakeholders.

“We have every sympathy for the health of Mathew Richards and the well-being of his family. Upon receiving the report by Dr Ian Sinha, we moved swiftly to seek independent medical opinion and will present the findings at the forthcoming judicial review hearing at the High Court later this month. In the meantime, we will be following the relevant processes and are not able to comment further at this time.

“We continue to assess and implement identified measures, for example capping and gas infrastructure works as part of the natural cycle of site operation. We will continue to communicate these measures to the local community and other stakeholders via our weekly updates on our website.

“We have also engaged technical specialists to investigate sources of the issue, and recently
commissioned a report with environmental experts MJCA. This report found that an alternative potential source of H2S exists, including it being present in the groundwater as the result of historical geological faults, mineral deposits and mining activity in the area. We will continue to investigate alternative sources of the issue to ensure that it can be effectively addressed.”