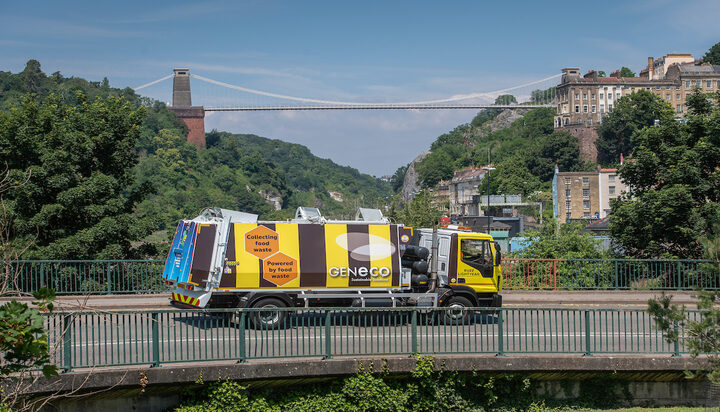 The renewable energy and recycling company GENeco has launched two new large recycling vehicles which are powered entirely from the food waste they collect across the South-west.

The collected food waste is being driven to an anaerobic digestion project in Avonmouth where it is converted into biomethane fuel to power these vehicles, named Bio-Bees.

The fuel is predicted to reduce carbon dioxide and particulate matter emissions by more than 90% than diesel-powered vehicles, the Wessex Water subsidiary said.

Francis Marsh, Head of Liquid Waste Resources at GENeco, said: “Every year an estimated 20 million tonnes of greenhouse gases are released into the atmosphere across the UK from food waste that is sent to landfill to rot, instead of being recycled.

“The Bio-Bees allow us to harvest the valuable energy and nutrients in food waste and use it to power homes and vehicles in a more sustainable and ethical way.”