Insulate Britain on ELN: “This is not about our ego” 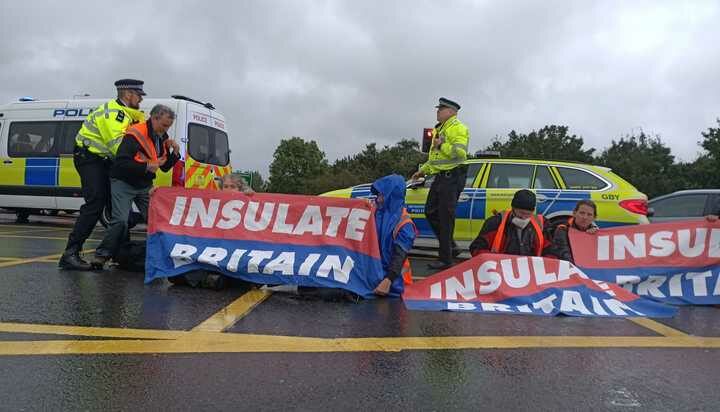 Yesterday, the group blocked for the sixth time an M25 junction by Heathrow Airport forcing hundreds of drivers to delay their journeys.

Critics say that Insulate Britain protesters are selfish arrogant, doing it for their own ego. They suggest that any point they wanted to raise has been done, with the current demonstrations they are just creating pollution and distress.

An activist and a spokesperson of Insulate Britain who wants to remain anonymous spoke to ELN about the disruption caused by the group’s actions: “We are doing this for a reason, we absolutely have a reason for doing this. And many of us in the campaign have spent decades trying absolutely everything else. And nothing has worked.

“So, it’s bigger than us. This is not about our ego. This is about the future of humanity and we need to start acting on that.”

A few days ago, reports said eco-protesters of Insulate Britain left a mum paralysed from a stroke after the M25 gridlock they caused meant an ambulance could not get to her for six hours.

The activist added: “People are very angry with us, we understand why they are angry, we have been extremely disruptive, but nothing else has worked. We had governments over the course of 15 years knowing what the problem is and they have not taken the steps needed to address the problem. There were various schemes to insulate homes but they lasted for a short period of time, they have been changed, like the latest Green Homes Grant.

“So, what is needed to protect our future and protect our families is a joined-up policy which goes across the whole country and addresses everybody’s homes. We understand that people are upset but nothing can get the government moving. Insulation is the cheapest way to reduce our carbon emissions.”