COP26: US to stop methane leaks from oil and gas wells later today

The country is expected to announce new measures to tackle methane emissions at the summit, which are responsible for a third of human-induced global warming 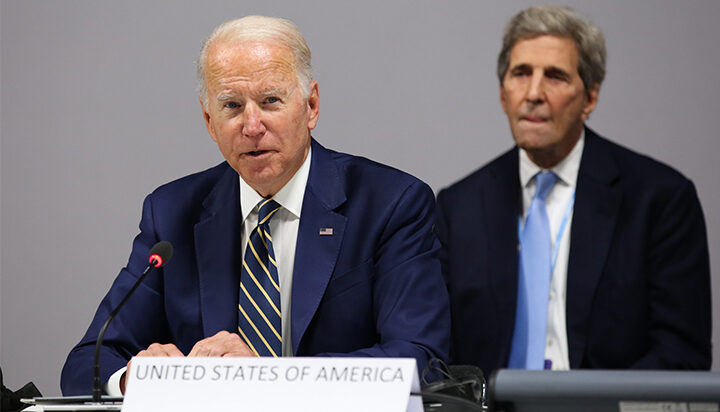 Measures to stop methane leaks from oil and gas wells are expected to be announced by the US at COP26 today.

Methane is to blame for a third of current global warming from human activities and the measures are projected to prevent millions of tonnes of emissions being released into the air.

There are reports that a global partnership to cut methane emissions will be announced at the climate summit today, following the agreement to end deforestation by 2030 from more than 100 countries yesterday.

Methane is often considered second to carbon when it comes to its impact on the planet but a recent report by the International Energy Agency (IEA) warned not to ignore the gas.

The report revealed that fossil fuel operations emitted around 120 million tonnes of methane in 2020, with most of these being leakage along the production and supply chain that operators do not capture or avert.

President Joe Biden’s expected announcement will therefore be welcomed; tackling leakage, that the IEA considers one of the biggest reasons for emission output.

The proposed plans would see around 300,000 oil and gas well sites become subject to changes to limit methane emissions and new safety measures would be put in place for the US’ pipelines.

Reuters reported that the new rules will take effect in 2023.