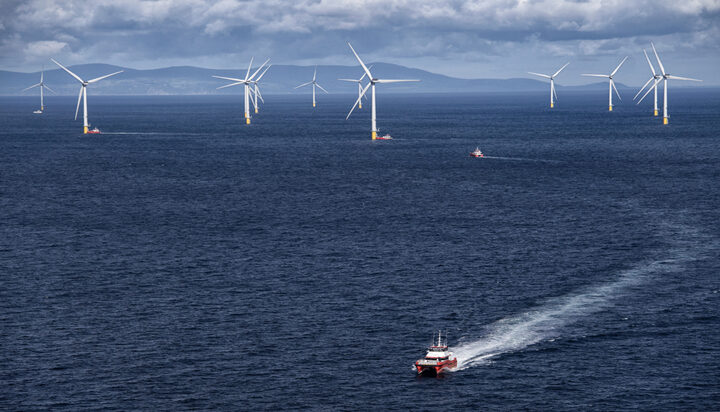 The economic impact of the recently boosted offshore wind industry in the Highlands and Islands could be similar to that of historic oil and gas developments.

Just yesterday, the Crown Estate Scotland which is responsible for the management of land and property in Scotland owned by the monarch, announced 17 successful bidders of the latest ScotWind leasing process.

The Highlands and Islands Enterprise (HIE) said the announcement heralds in an exciting new era of major expansion for the sector in the region.

HIE’s Chief Executive Stuart Black said: “We believe the economic impacts of the offshore wind industry will be along similar lines to what we saw 40 or so years ago with oil and gas developments and will help create the conditions for a just transition for both the Highlands and Islands and the climate.

“The sheer scale of what has been announced today will accelerate the development of our industries of the future such as green hydrogen production from offshore wind, creating further new, green, fair work in our island and coastal communities.”