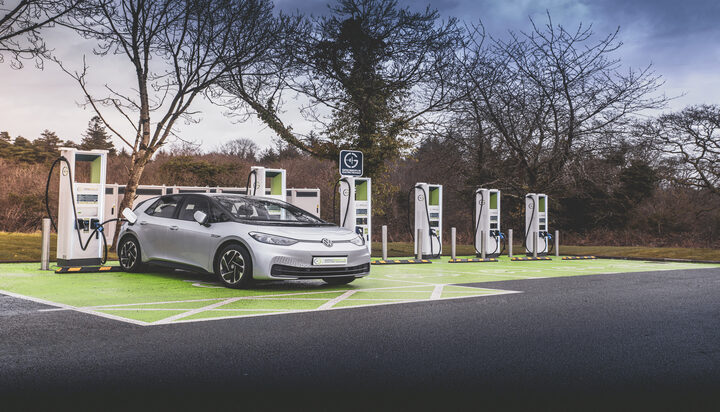 A new ‘high-powered’ electric vehicle (EV) charging hub, which is described as Wales‘ first, has opened today in Swansea.

The so-called GRIDSERVE Electric Hub, is located at Moto Swansea and is fitted with six 350kW ‘ultra high-powered’ chargers, capable of adding 100 miles of range in under ten minutes.

The developer said that chargers are supplied with energy sourced from GRIDSERVE’s own solar farms.

The project is believed to support the Welsh Government’s plans to slash emissions from transport, a sector responsible for 17% of the country’s overall emissions.

Toddington Harper, Chief Executive Officer of GRIDSERVE, said: “Our mission is to accelerate the transition to electric vehicles in the shortest possible timeframes to help prevent the worst impacts of climate change.”

Ken McMeikan, Chief Executive Officer of Moto, said: “We are accelerating our ambition to open ultra rapid charging at all of our motorway service areas over the coming 12 months and are delighted with the progress that our partnership with GRIDSERVE is making.”