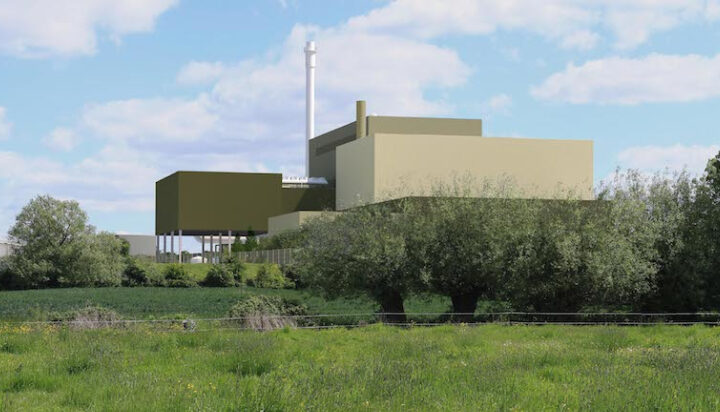 An artist's impression of the facility. Image: Northacre Renewable Energy

The Environment Agency has announced it is “minded to “ issue an environmental permit for a new waste-to-energy facility in Westbury.

It follows a review of more than 600 comments and evidence for Northacre Renewable Energy to operate an incinerator and burn non-hazardous waste and generate energy at Northacre Industrial Estate.

‘Minded to’ means the Environment Agency is satisfied the appropriate measures are in place to operate the plant without causing harm to the environment and human health.

It has also a new consultation, with two documents published that can be commented on until 22nd April 2022.

Northacre Renewable Energy, jointly owned by Bioenergy Infrastructure Group and The Hills Group, plans to invest around £200 million in the facility, which is expected to process around 243,000 tonnes of waste per year.

It would have a generating capacity of 25.6MW, enough to meet the average annual domestic power requirements of more than 54,000 homes and helping save around 58,000 tonnes of CO2 equivalent annually.

All comments sent as part of the consultation will be reviewed before a final decision is made on whether to grant a permit.