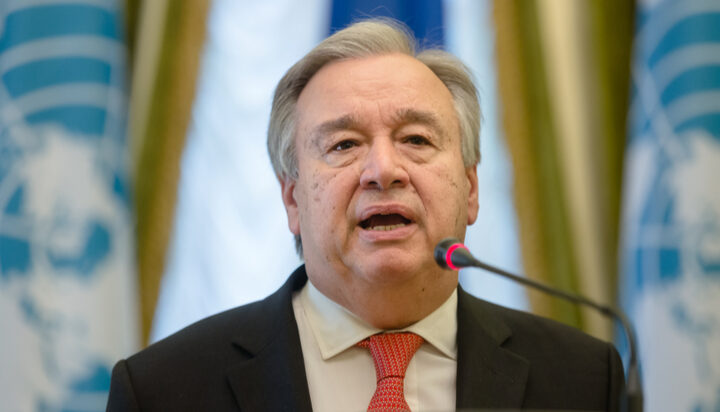 That was the resounding statement made by UN Secretary General Antonio Guterres in first major speech since the COP26 climate summit held in Glasgow last year.

The Russian invasion of Ukraine has led to extreme hikes in the prices of gas, oil and coal, with countries having to cater for heavy losses in supply from sanctions.

However, Guterres has labelled nations turning to more fossil fuels due to the conflict as “madness.”

Increasing imports of liquefied natural gas (LNG) and coal to uphold sanctions on Russian supply has been suggested by many European governments as the solution.

Reports have also circulated that the UK is considering the possibility of returning to fracking – an idea which has been heavily condemned by former UN Secretary General Ban Ki-Moon.

Guterres stated: “Countries could become so consumed by the immediate fossil fuel supply gap that they neglect or knee-cap policies to cut fossil fuel use.

“This is madness. Addiction to fossil fuels is mutually assured destruction.”

He then implored all countries to “accelerate the phase out of coal and all fossil fuels” to avoid undoing all the hard work set at COP26 over the Ukraine conflict.

During the climate conference, developed nations took a pledge to provide $100 billion (£75bn) each year in climate finance to developing countries, which the Secretary General argued would by undermined heavily by an increase in coal investment.

He called the fossil fuel a “stupid investment.”