Could climate change spell the end for Indian cricket? 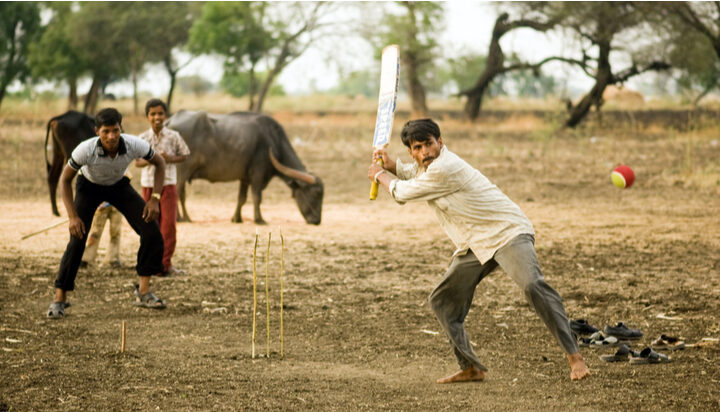 India and cricket are a cultural marriage known the world over – but could this now be under threat due to climate change?

The Asian country is facing its worst heatwaves in a century, with central India hitting 37.8°C last month – the highest temperature for April since records began in 1901.

The UN recently warned that on the current trajectory of temperature increases, conditions in certain parts of India may become untenable.

Despite this, the Indian Premier League has been ticking on alongside the scorching heat. The weather has, however, had impacts on the way the game has been played – with teams that win the toss now deciding to always bat first to prevent their players having to field in the afternoon sun.

Royal Challengers Bangalore (RCB) has even made a decision to wear green jerseys for its latest match to raise awareness for climate change.

We love the colour Red but we’d rather see our Planet covered in green. 💚

Games have had to be moved north, with some played in Pakistan to avoid the sky-high temperatures.

Test matches last five days, rather than 20-20, which is 20 overs – and this means heavy exposure to the sun for many of the cricketers.

Doctors are now reportedly continually examining the hydration levels of the players 24 hours before a match to ensure their health is not at risk.

This isn’t exclusive to India, with recent wildfires and bushfires in Australia and high temperatures in South Africa and the West Indies also impacting cricket hubs.

Competitive desire hasn’t been lost on the field this season but which side wins the toss could all become immaterial if the planet doesn’t start winning some battles.