The new CorPower 4 device will form part of a four-system HiWave-5 project, off the coast of Aguçadoura in Portugal – creating what is claimed will be the world’s first grid-connected wave farms 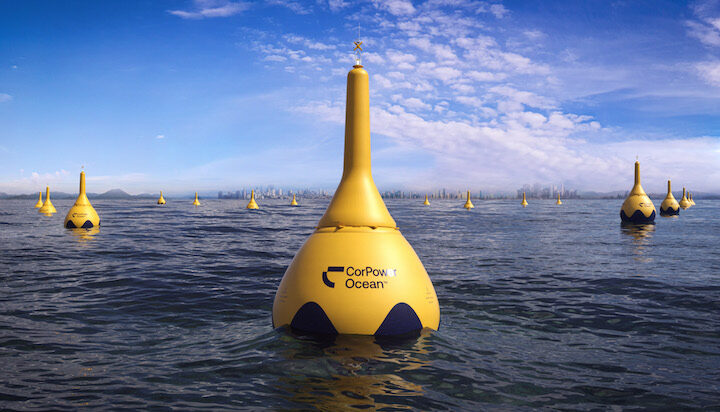 The new CorPower 4 device will form part of a four-system HiWave-5 project, off the coast of Aguçadoura in Portugal – creating what is claimed will be the world’s first grid-connected wave farms.

The device, with 300kW of power rating, is said to represent “the world’s most compact” wave energy system in relation to power output.

The technology has been designed and delivered as CorPack clusters of 10MW – 20MW rating.

According to CorPower Ocean, CorPack wave farms will have minimal visual impact and can deliver up to three times as much power per ocean footprint compared to a typical offshore wind farm.

Patrik Möller, Co-founder & CEO said: “Speaking on behalf of the entire CorPower Ocean team, our partners and investors, we are extremely proud to embark on a new era for wave energy, with the launch of our commercial scale offering.

“This has been a decade-long development, with significant strides in the last few years to industrialise and optimise our wave energy technology. We are on track to deliver certified and warrantied WEC products to the market by 2024/25, unleashing the full potential of ‘utility-scale’ wave farms. Following today’s launch, we aim to propel wave energy into the future green energy mix as a bankable technology through the HiWave-5 Project.”