Are landfills the world’s methane super-emitters?

A landfill in Buenos Aires has the same climate impact as one and a half million cars, according to new research 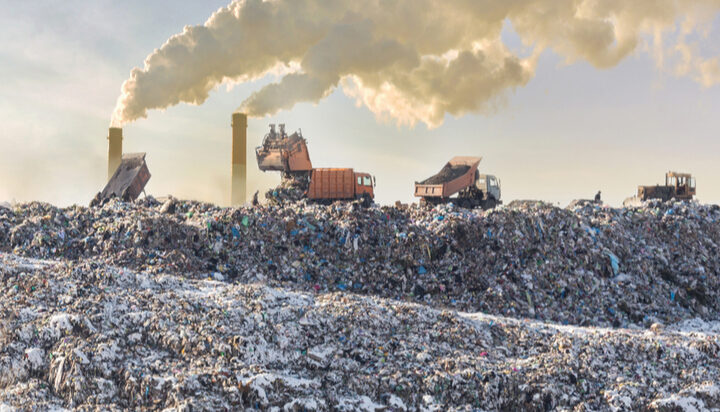 What lies beneath mountains of rubbish in landfills across the world? The amount of methane they pump into the atmosphere, scientists say.

Researchers from the Netherlands Institute for Space Research used data from satellites monitoring four major cities, Buenos Aires in Argentina, Delhi and Mumbai in India and Lahore in Pakistan and found that landfill sites emit tens of tonnes of methane per hour.

The study, published in Science Advances, suggests a landfill in Buenos Aires emits nearly 28 tonnes of methane per hour.

The scientific team says this is equivalent to the climate footprint of one and a half million vehicles.

They stress that three other landfills are responsible for respectively three, six and ten tonnes of methane per hour.

This amount adds up to the impact of up to 500,000 vehicles, according to the report.

Lead Author of the research Bram Maasakkers said: “That is painful to watch because you can solve it with relatively little effort. You could for example separate and compost the organic waste, which would drastically reduce methane production.

“And even in the case of mixed waste, you can still collect or flare the methane produced. Methane has a lifetime of only about ten years in the atmosphere, so if we act now, we will quickly see results in the form of less global warming.

“Of course, reducing methane emissions is not enough, we also need to limit carbon dioxide, but it does slow down near-term climate change.”

In June, the Canadian environmental data start-up GHGSat suggested a coal mine in Russia might have released the largest amount of methane its satellites had ever detected.