The UK Government is being urged to take action and “not just notes” in getting the country out of recession by implementing a policy for energy efficiency. Environmental group WWF […] 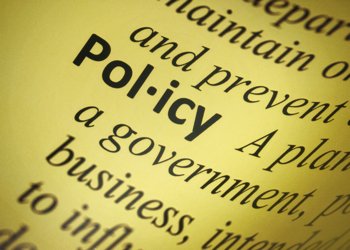 The UK Government is being urged to take action and “not just notes” in getting the country out of recession by implementing a policy for energy efficiency.

Environmental group WWF made the comment as it welcomed a new report by Consumer Focus, which suggested investing in energy efficiency schemes would not only mean warmer homes and cheaper energy bills but a boost for the UK economy.

The report highlighted carbon taxes could be used for improving energy efficiency in homes, which could also help create jobs and tackle fuel poverty.

Zoe Leader, Energy Efficiency Policy Officer at WWF-UK said: “WWF has long called for the use of our environmental taxes to support energy efficiency and the UK’s transition to a low carbon economy. This report by Consumer Focus provides us with even more evidence that such a policy should be implemented and implemented quickly.

“With the publication of a new Energy Bill imminent and the need for robust solutions to bring us out of recession the timing for a policy of this calibre has never been better. We urge the Government not just to take note but to take action.”

The National Energy Action (NEA) also said a policy is crucial, else it will have “severe impacts” on poor and vulnerable homes.

Maria Wardrobe, Director of External Affairs said: “The UK Government is fully aware that millions of households are currently unable to heat their homes to the level needed for their comfort and wellbeing. This is currently a top political issue. However, from next year, England will be the only UK nation not to have a tax funded energy efficiency programme and HM Treasury is likely to raise staggering revenues from hard up domestic energy consumers.

“Without changing the current approach we know that the most severe impacts will continue to be felt by many of the poorest and most vulnerable households and communities. This report shows the positive impacts that changing direction and taking action on cold homes could have.”