Businesses using huge amounts of electricity could soon get direct access to the wholesale markets themselves. The British Gas scheme called Flex 24/7 lets firms manage their demand by buying […] 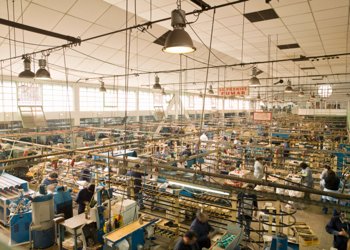 Businesses using huge amounts of electricity could soon get direct access to the wholesale markets themselves.

The British Gas scheme called Flex 24/7 lets firms manage their demand by buying and selling electricity as little as four hours ahead of actual use.

It comes the month after scandal hit the gas market with allegations of price-fixing from a whistleblower at an energy reporting firm, prompting the Government to set up an investigation into the claim, while regulator Ofgem is trying to introduce more liquidity to the wider electricity market.

The British utility claims large energy users in manufacturing or heavy industry could save hundreds of thousands of pounds a year on energy. The service could also cut the ‘imbalance fee’ paid to energy suppliers when actual electricity use doesn’t match a company’s predictions, although it won’t be suitable for all circumstances.

Nicolas Grant, Managing Director of Corporate Markets at British Gas said: “This product could be a revolution for an electricity-intensive business that spends tens of millions of pounds on electricity a year.”

In some cases it could stop businesses being forced to shut temporarily when they have energy issues.

Mr Grant went on: “A factory spending £35million a year on electricity that had to close for a week’s maintenance unexpectedly, for example, would have saved £150k at one point this year, compared to the next most sophisticated product currently on the market. Equally, a company with unpredictable surges in their orders, meaning their electricity use increased unexpectedly, could also benefit.”