The mobile phone operator O2 says it’s on track to meet most of the sustainability targets the company has set itself as part of its Think Big Blueprint programme. Despite […] 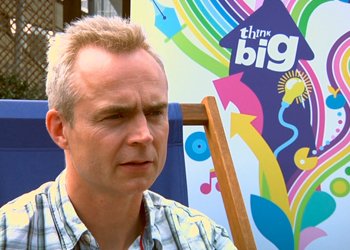 The mobile phone operator O2 says it’s on track to meet most of the sustainability targets the company has set itself as part of its Think Big Blueprint programme.

Despite this confidence the firm – which is owned by Spanish telecoms giant Telefonica – has confessed there are around 15 “challenging” targets which are proving trickier to hit on schedule.

The blueprint has three main goals including helping customers achieve ‘carbon benefits’ which are 10 times the impact of the firm’s network.

The goals are underpinned by 40 specific commitments. According to the 2012 sustainability report it released on Tuesday the company is on course to meet 25 of them by 2015 – the target date. Most of the commitments are focused on energy and the environment though some relate to their work in the community.

Speaking during the Campus Party Europe event at the O2 arena, Bill Eyres, Head of Sustainability for Telefonica UK and Europe (pictured) told ELN: “One of the first goals is to engage our customers in the journey of becoming more sustainable and we’ve had a number of innovations that have helped them really connect how they use a smartphone with how they can live more sustainably.”

The company vowed to halve carbon emissions from the network relative to data traffic and claims to be well on course to meeting the target having cut emissions by 48% already. It also says it’s on course to cut total emissions at offices and stores by 25% as well as put all sites where they control the energy bill onto renewable tariffs.

However the firm admits its behind on pledges to recycle and “refurbish” more mobile phones, cut down on packaging and reduce the emissions of business customers by helping them to work more flexibly and therefore make fewer journeys.

Mr Eyres added: “We made good progress on a lot of them. As you would expect some of them have been more challenging and we’re working hard to drive them forward.”