Never mind 1970s energy policy – back then “it was a different world,” according to EY’s Tony Ward. He was responding to Nigel Lawson’s suggestion Britain should return to the […] 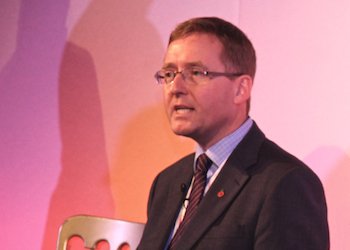 Never mind 1970s energy policy – back then “it was a different world,” according to EY’s Tony Ward.

He was responding to Nigel Lawson’s suggestion Britain should return to the same energy policy as when he was energy secretary three decades ago.

In an interview with ELN ahead of the Energy Live 2013 conference, Lord Lawson criticised the Government’s energy policy for its environmental and social elements, saying it was all about security of supply and keeping Britain competitive when he was in charge.

Tony Ward, EY’s Head of Power and Utilities told the audience of energy managers and buyers that back then, “We gold plated out industry and built significant excess capacity.”

He said Britain had “a good fuel mix”: “We were making a lot of use of coal. We weren’t taking into account the environmental consequences. We had a relatively youthful fleet of generating assets at that stage. We are now unfortunately at the end of their life.”

He continued: “I’ve got some aging grandparents – they always ask me when will it be like it was a few years ago. I have to say to them, it won’t be – the world is different.”

Mr Ward said although he agreed with Lord Lawson there is strong environmental and social elements to current energy policy, he said the debate had shifted recently: “The environment in which we’re having this debate clearly has been changed significantly by Ed Miliband’s intervention.”

He said “cheap bills” had become the key issue but questioned whether the focus had become too narrow: “Will we deliver reliable infrastructure? Will we build sufficient capacity of supply?”