The UK throws away at least 10 million tonnes of food every year, of which six million tonnes is avoidable. That’s according to a new government report, which suggests every […] 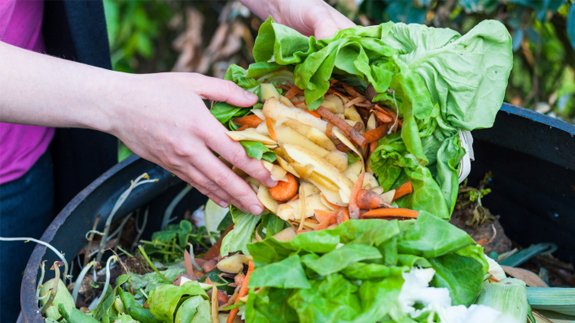 That’s according to a new government report, which suggests every £1 spent on influencing consumers to throw away less could result in public benefits of up to £6.50.

It says global food production is responsible for 30% of total greenhouse gas emissions, with half of this coming from land conversion to agriculture and the rest from production itself.

The report suggests on average, four tonnes of carbon dioxide equivalents can be avoided for every tonne of food waste prevented – it makes a series of suggestions to reduce this in the future.

For instance, meat results in more than twice the emissions of nutritionally equivalent vegetarian food, so switching diet could play a significant role in making meals more sustainable.

It adds waste from farms could be slashed by relaxing standards on appearance – up to a quarter of some crops are thrown out because of this.

Improvements in food education, clearer guidance on portion sizes and expiry dates, as well as better, more transparent data shared across the supply chain are also ways in which it believes waste could be reduced.

The report acknowledges that waste to some extent is inevitable but stresses what is generated should be used to its fullest potential, for instance in a waste-to-energy plant rather than sitting in landfill.