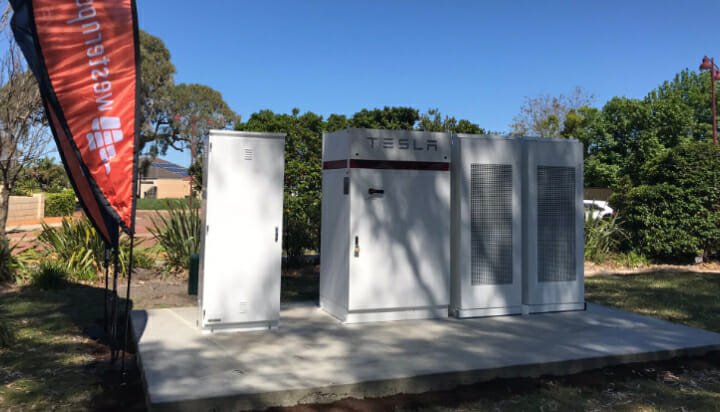 Two energy companies have joined up to enable households in a Western Australian community to share Tesla Powerwall technology.

Government-owned Western Power and Synergy have deployed a 105kW system in the City of Mandurah – it is now online, three months ahead of schedule.

The community alternative to individual Powerwalls means users with rooftop solar arrays can store up to eight kWh of excess power to sell or use at a later time.

A total of 52 households are participating in the scheme, which will operate on a trial basis for the next two years, at a cost of a dollar per day.

Western Australia’s Energy Minister Ben Wyatt said: “For customers with solar panels, this is a simple opportunity that uses the existing network connection to their home, requires zero augmentation to their connection and delivers savings and flexibility to suit their needs.”

The South Australian Government has launched a $100 million (£55.3m) subsidy scheme for domestic batteries in up to 40,000 households in the region.