Will fish sink or swim in the face of climate change? 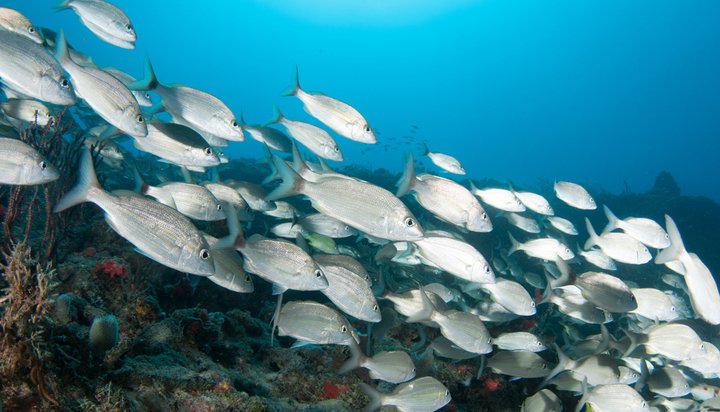 Climate change is killing fish populations around the world, with certain populations in Chinese and Japanese waters shrinking by up to 35%.

That’s the verdict from scientists at Rutgers University in New Jersey and at the University of California, Santa Barbara, who say oceanic warming has led to a 4% global decline in sustainable catches, the greatest amount of fish that can be caught without depleting long-term stocks.

Using global data on fisheries and ocean temperature maps, researchers show fishing stocks have dropped by 15% to 35% over the past 80 years in regions such as the East China Sea and Japan’s Kuroshio Current.

As well as hotter waters affecting how their bodies work, warming can also lead to acidification, killing fish and other vital wildlife in their ecosystem.

The study suggests the decline could threaten the livelihoods and food supplies of millions of people, who rely on fish for sustenance – seafood provides up to half of all animal protein eaten in many developing countries.

The shortage will also drive up global prices in countries like the UK.

The report also stresses overfishing is intensifying the impacts of climate change by diminishing reproductive capacity and making struggling species even more vulnerable.