All aboard the autonomous bus! 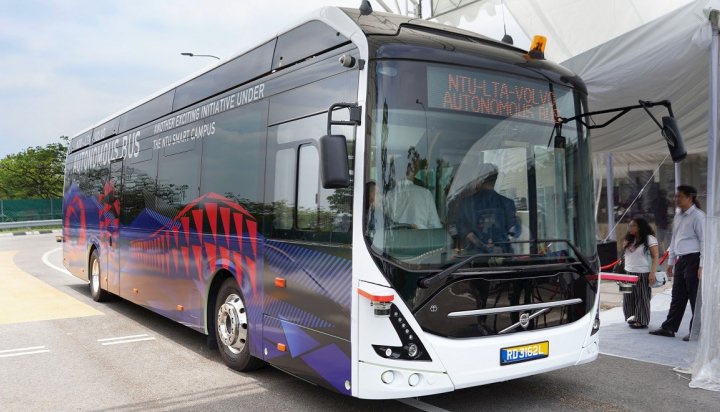 Fully electric, autonomous buses will soon be hitting the road in Singapore.

Two of the 40-seater electric vehicles (EVs) will be trailled at Nanyang Technological University (NTU), which has installed two of ABB’s Heavy Vehicle Chargers (HVC) to refuel the buses.

The project is part of an ongoing collaboration between NTU, the Land Transport Authority (LTA) and Volvo Buses to develop driverless bus technologies – it aims to show the innovative vehicles can provide fixed route and scheduled services similar to existing public bus operations.

ABB says its 300kW fast charging system can recharge a battery in under six minutes.

One of the autonomous electric buses will be used at an advanced new test facility at the NTU campus, called the Centre of Excellence for Testing and Research of Autonomous Vehicles (CETRAN), where its potential interactions with other road users will be investigated.

The second bus will be used for tests in a bus depot.

Tarak Mehta, President of Electrification Products at ABB, said: “We are delighted to be involved in this landmark project in Singapore and hope this will mark a positive step toward greater electrification of public transport solutions across the region, where traffic emissions have been identified as a major concern in fast-developing cities.”