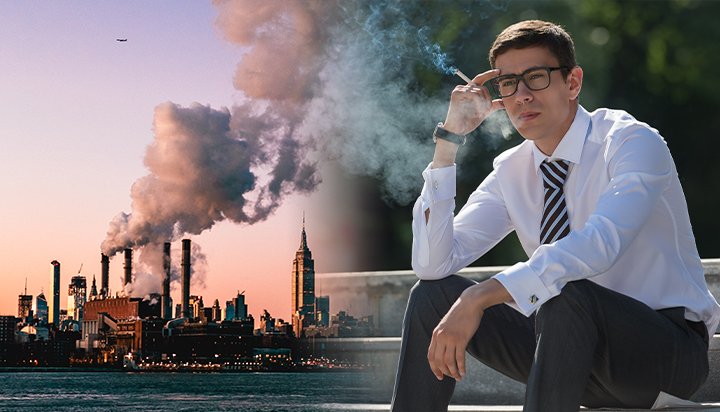 Air pollution is killing more people every year than smoking.

That’s the damning verdict from a new report published in the European Heart Journal, which suggests damaging health implications related to pollution, such as particulate matter, are “substantially higher than previously assumed”.

The study claims air pollution caused 8.8 million extra deaths in 2015, almost double the previously estimated 4.5 million fatalities and says a mixture of transport-based, agricultural and industrial pollutants takes an average of 2.2 years off the lives of those who die early.

The report highlights that smog, fumes and harmful chemicals caused an estimated 790,000 deaths in Europe – between 40% and 80% of these were as a result of cardiovascular diseases such as heart attacks and strokes.

“Smoking is avoidable, but air pollution is not.”