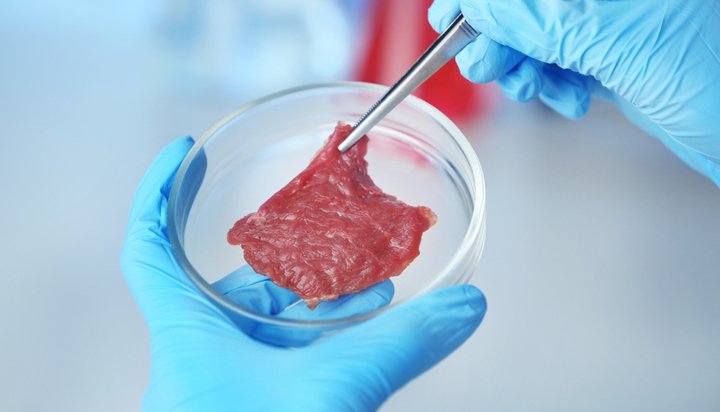 British scientists have taken a step towards lab-grown meat by successfully growing animal cells on blades of grass.

Scientists at the University of Bath say the achievement marks progress to cultured meat potentially one day being produced on an industrial scale, which would allow meat-eaters access to a slaughter-free supply of pork, lamb, chicken and beef.

Lab-based meat products are not yet on sale but the researchers say the UK’s expertise in medicine and engineering can help accelerate progress towards commercialisation.

Chemical Engineer Dr Marianne Ellis from the University of Bath, said cultured meat was “an alternative protein source to feed the world”,

The entire process would theoretically work by taking a biopsy from an animal, isolating stem cells, growing more and then putting them into a bioreactor so they can develop – this would mean no animals would need to be killed and likely result in lower water and energy use.

The process is currently both time-consuming and expensive and scientists believe it will take years to accurately replicate the taste and texture of something like bacon.

At the University of Bath, they’re using slightly less appetising rodent cells, which are cheap and easy to use, as a proof of principle.