The environmental activists have blocked busy roads and bridges in in Bristol, Cardiff, Glasgow, Leeds and London with brightly painted yachts 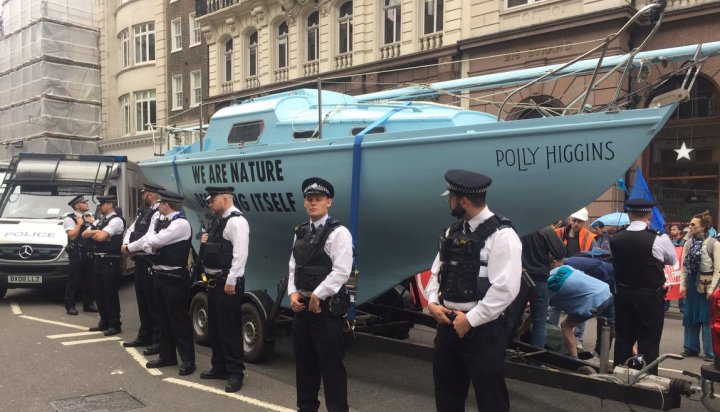 The climate change activists have blocked traffic in each city with large, coloured boats, painted with the message ‘ACT NOW’, demanding the government takes action to halt biodiversity loss and reduce greenhouse gas emissions to net zero by 2025.

Thousands of people are taking part in the non-violent disruption, which aims to draw attention to a range of ecological issues, including rising sea levels, floods, wildfires, extreme weather and crop failures.

The group claims hundreds of its members are willing to be arrested by blocking roads, dropping banners and staging die-ins at specific locations, bridges and roads.

As well as the protest, they will also work to share knowledge and educate people through holding talks, workshops, training activities and peoples’ assemblies.