What do coconuts, goats and flatulence have to do with Tesla?! 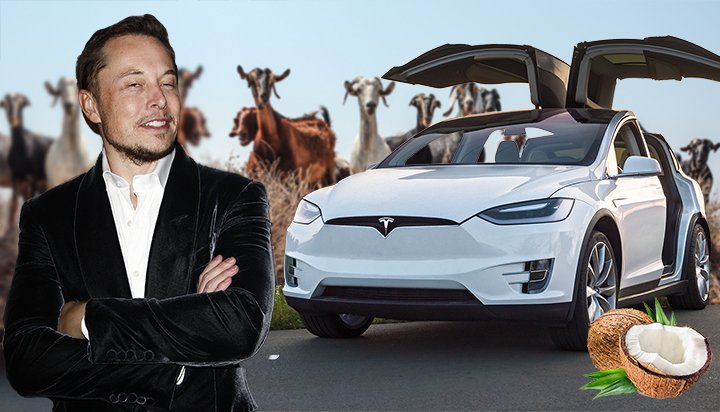 What do coconuts, goats and flatulence have to do with Tesla?!

CEO Elon Musk has made an announcement about a surprising new feature of the firm’s electric cars – he tweeted: “Customised horn & movement sounds (coconuts being one, of course) coming to Teslas soon.”

He later added another tweet suggesting the Tesla would also be equipped with a farting noise and a goat sound effect, which he said were just “the tip of the iceberg”.

Earlier this year Mr Musk promised Tesla owners would be able to send their car out to do taxi work while they are doing other tasks.