A Question of Balance

Why balancing the grid has been getting more expensive 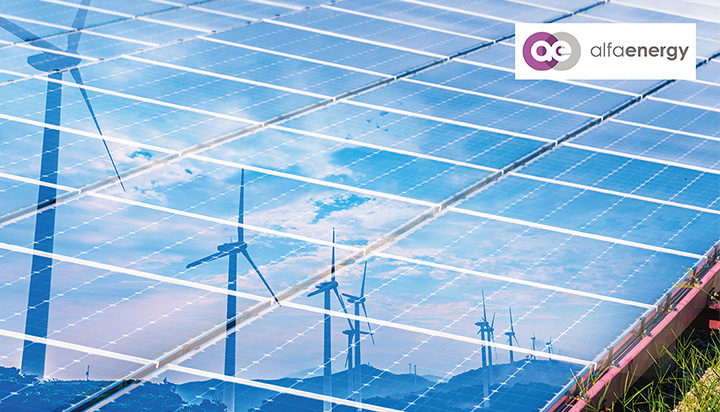 There’s plenty of good news about Britain’s electricity supplies.  Carbon emissions are down.  Renewable generation is at record levels, wind and solar costs are falling, and wholesale prices have fallen too – at least for the time being.  What’s not to like?

Unfortunately, the situation for consumers is more complicated.  The remarkable transformation in power generation has come at a cost.  Non-commodity charges – network costs, balancing costs, renewable subsidies, etc. – have risen and now account for a sizeable chunk of business users’ electricity bills.  The question facing Ofgem is whether these cost rises are larger than they need to be now, and will need to be in future, to manage a sustainable power system.

Renewable sceptics make much of the intermittency of wind and solar – great for when the wind is blowing and the sun is shining – less so when they are not.  Something has to take the strain when renewable generation is lower or higher than expected.  Flexible, dispatchable generation (gas, biomass, hydro or via interconnectors), demand response and storage have to fill the gap.  In addition, the System Operator has to ensure voltage and frequency remain within tight limits on a second by second basis in order to ensure security of supply.  These concerns become more acute as the system becomes increasingly dependent on intermittent generation.

The good news, as renewable advocates rightly point out, is that the situation is manageable so long as the right market incentives and regulations are in place.  From an engineering perspective, there is no lack of solutions.  From an economic perspective, the question is how best to pay for them.

Traditionally, the Electricity System Operator (ESO) has worried about there being sufficient generation, and adequate transmission capacity, to ensure demand can be met in the most taxing conditions – which are generally during peak demand conditions in winter.  Problems can become especially difficult to manage if there are sudden, unpredicted changes to supply or demand compared with forecasts.

But difficulties can also arise when demand is lower than expected.  Just such a situation has arisen recently as a result of the coronavirus crisis, which reduced business demand substantially at a time when seasonal heating demand was already low.  During this period Britain’s wind and solar generation have been generating record levels of power, reducing the need for conventional generation.  Similar periods of low demand coinciding with high renewable generation, albeit on a larger scale, are likely to occur more often as renewable capacity continues to grow in the years ahead.

When this happens the ESO may need to take additional actions to ensure the system remains operating within safe limits.  Low levels of conventional generation mean low levels of inertia – the stabilising effect from rotating turbines at synchronised power stations – that normally helps keep frequency under control.  Transmission capacity can also come under strain when demand in parts of the country is insufficient to absorb high generation from Britain’s huge fleet of onshore and offshore wind turbines, whose capacity already exceeds 20GW.  The ESO can call on fast response from the demand side and battery storage to help manage the situation, but this capacity can also come under strain.

The incident which occurred on 9 August 2019, which led to regional blackouts, is a stark reminder of what can happen when things go wrong.  Demand was low, wind and solar output were very high, and inertia from conventional generation was low as a result.  An unplanned outage at a newly commissioned offshore wind farm triggered the loss of a gas fired power station, a massive drop in frequency, disconnection of distributed generation, and ultimately regional blackouts before normal service could be resumed.

Consumers can take comfort from the fact that lessons have been learned and a number of measures have been taken to reduce the likelihood of this sort of outcome occurring again.  Nevertheless, it is a reminder of what is at stake.  The need to maintain the integrity of the system at all times is vital – unfortunately, this is becoming increasingly expensive.

Responding to the increases in balancing costs in spring and summer 2020, Ofgem wrote an open letter in August stating its intention to evaluate high balancing costs on the GB electricity system and identify lessons to be explored further in order to reduce the cost to consumers.

Ofgem notes that balancing costs for the period March to July 2020 have escalated to £718 million, 39% higher than the SO expected for the period.

The ESO has had to take a number of unusual actions during the spring and summer, including contracting with the Sizewell B nuclear power station to reduce its output by 50% to help manage system stability.  A new service – Operational Downwards Flexibility – now allows the ESO to call on flexibility from distributed generation that does not normally provide balancing services.  It has also clarified emergency arrangements for disconnecting distributed generation if necessary, although thankfully these have not yet had to be used.

The costs of the ESO’s actions are initially charged to suppliers and system generators via Balancing Use of System charges (BSUoS), which reached record levels during the spring and summer period.  These costs are of course ultimately borne by consumers, and typically itemised as a pass-through item on business users’ electricity bills.

Ofgem are keen to hear from stakeholders – including business users – about how best to address the problem.  Ofgem intends to finish this review by the end of October, to coincide with its mid-year review.

In the meantime, consumers will benefit from some temporary protection from volatile balancing costs as a result of the ‘BSUoS Covid Support Scheme’.  CUSC modification CMP345 introduced a £15/MWh cap on the BSUoS price in each settlement period from 25 June 2020 to 31 August 2020.  Any under-recovery of revenue as a result of the cap will be recovered through BSUoS charges equally across all settlement periods during the charging year 2021/22.  A subsequent modification, CMP350, lowered has the cap to £10/MWh.

Temporary fixes to limit short term spikes in BSUoS charges are welcome, but consumers will be looking to the outcome of Ofgem’s review to ensure that the future costs of balancing Britain’s low carbon power system are no higher, or more volatile, than they need to be.

YOUR VOICE IS IMPORTANT. MAKE SURE YOU ARE HEARD: