Manchester is ‘home of the greenest people in the UK’

Nearly 32% of Brits intend to cut down the energy usage in their home, according to a new report 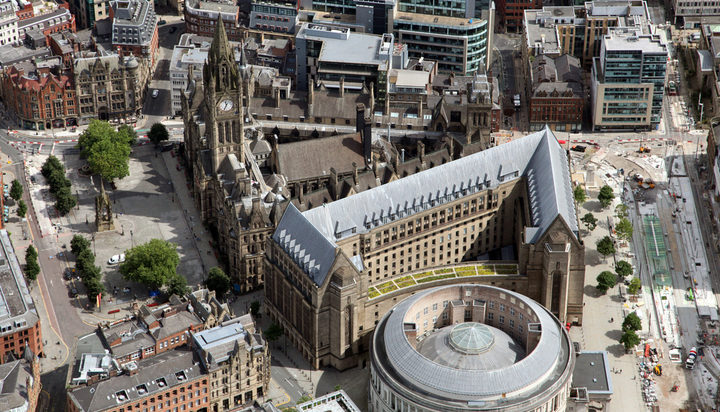 Citizens of Manchester are the most eco-friendly in the UK.

That’s according to new research by Honda, which suggests the fifth-largest city in the country wins the crown for being home to the ‘greenest people’ in Great Britain, closely followed by Plymouth and Nottingham.

Glasgow, Birmingham and Cardiff rank on the next three positions of the list, with London, positioned in the 14th place.

The study, which combines analysis of official figures with a survey of 2,000 British adults to create a ranking based on household recycling, household emissions, eco measures, smart meters, commuting methods and attitudes to being eco-friendly, also reveals 41% of Brits currently have a smart meter in their home, with more in Newcastle homes than anywhere else.

According to the survey, Sheffield received the lowest score for people’s attitude towards being more eco-friendly and Norwich’s residents have fewer smart meters among them than any other city in the UK, with only 28% saying they currently have one in their home.

In terms of what eco-friendly measures respondents of the survey will apply to their everyday life going forward after the first period of lockdown, nearly a third say they will cut down the energy usage in their home, 12% will install a smart meter and 21% will limit their water usage.

Rebecca Stead, Head of Automobile at Honda UK, said: “With global warming and climate change being one of the biggest concerns to face our planet, there is no denying that there is ever-growing importance to address what we do now to protect the world we live in.”