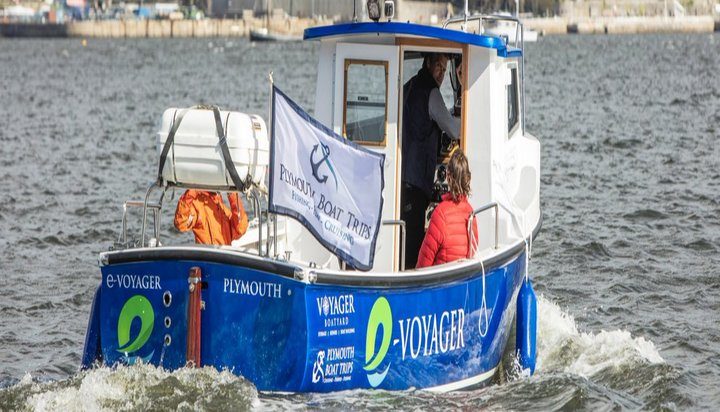 The UK’s first sea-going electric ferry has set sail for the first time in Plymouth.

The green ferry will undergo rigorous running trials, before carrying passengers on ferry routes from April 2021.

The project was designed and developed by the cruising, ferry and fishing company Plymouth Boat Trips (PBT), the boatbuilder Voyager Marine in partnership with the University of Plymouth, the University of Exeter, the manufacturer Teignbridge Propellers and the engineering technology company EV Parts.

Scientists from the University of Plymouth carried out research during the build, measuring emissions including noise pollution, air pollution and fuel consumption and argue the process could be transferable to commercial vessels less than 24 metres long.

Plymouth City Council plans to install three 22kWh chargers, a development that would allow the vessel to achieve a full charge under three hours.

The project is funded through the £1.4 million Clean Maritime Call, a Maritime Research and Innovation UK initiative supported by the Department for Transport, launched to support the UK’s goal of zero emission shipping.

Partners note the e-Voyager will be the first vessel to be recognised by both the Maritime and Coastguard Agency and a Classification Society.

The partnership will now aim to convert larger passenger vessels.

Project Leader for Plymouth Boat Trips and Voyager Marine Andy Hurley said: “Through developing the technology and maritime applications, Voyager Marine is helping to place Plymouth and the South West as UK leaders in the conversion and new build of zero-carbon, fully electric commercial vessels.”

Dr Richard Pemberton, Lecturer in Mechanical and Marine Engineering Design at the University of Plymouth added: “The University firmly believes that the work conducted on e-Voyager will pave the way for larger-scale innovation towards meeting the government’s target of a 50% reduction in emissions from the maritime sector by 2050.”