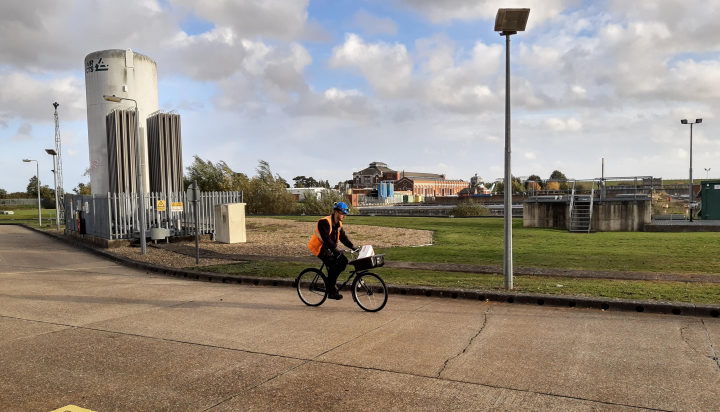 Thames Water has refurbished three vintage ‘sit-up-and-beg’ Pashley bikes to allow workers to travel around one of its sites in an emissions-free way.

Engineers at Walton Advanced Water Treatment Works in Surrey, which is one of the company’s most technologically advanced sites and supplies up to 110 million litres of drinking water a day to hundreds of thousands of customers across London, are now using the old bikes as an alternative to driving diesel-powered vans as they did before.

The bikes had been found in storage at the site and were refurbished by a local shop – they now cover around five miles each day.

David Jenkins, Water Production Manager at the facility, said: “These lovely old bikes were just gathering dust in storage. We think they’re probably from the old Metropolitan Water Board days decades ago.

“They have the nicknames painted onto the baskets of the people who used to ride them, such as Turncock Tom and Frank the Fitter. It just seemed to me the bikes had loads of personality and would be perfect for getting around the site.

“They get a fair amount of use and are a great alternative to using the vans. We’re using less diesel and getting a lot more exercise. It will help, even in a small way, towards Thames Water’s goal of becoming zero net carbon by 2030.”