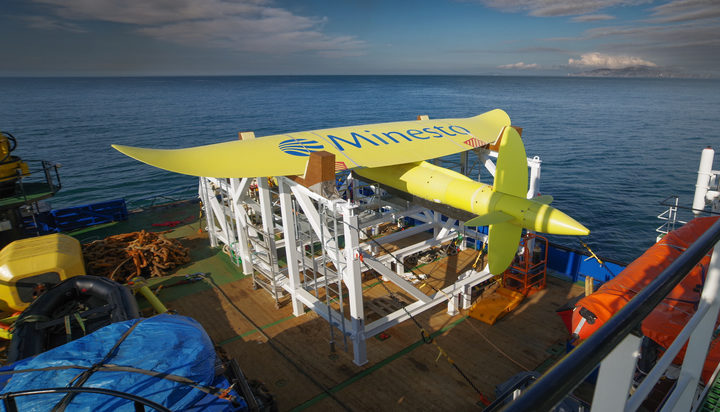 That comes as a result of a collaboration with Faroese electric utility company SEV and the installation of a 100kW grid-connected tidal kite system, which is designed to inject tidal power directly into the Faroe Islands’ electricity grid.

The partners plan to work on the large-scale buildout of both microgrid and utility-scale systems in the Faroe Islands.

Dr Martin Edlund, Chief Executive Officer of Minesto, commented: “This is a historic moment and a massive step forward for Minesto and the development of our unique product. We are particularly satisfied with the production performance level of the system.”

Hákun Djurhuus, Chief Executive Officer of SEV, said: “Although this is still on a trial basis, we are confident that tidal energy will play a significant part in the Faroese sustainable electricity generation. Unlike other sustainable sources, tidal energy is predictable, which makes it more stable than e.g. wind power.”

The Faroe Islands have set a goal of producing their entire electricity need from renewable energy sources by 2030, including transport and heating.