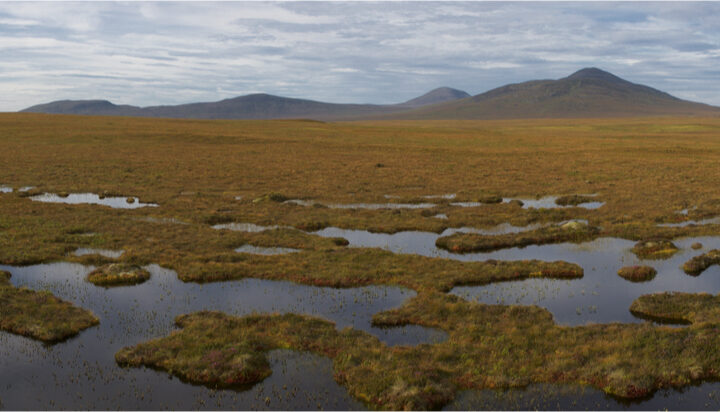 A new trial that will see researchers across the UK investigate the viability of five innovative methods of large-scale greenhouse gas (GHG) removal from the atmosphere has kicked off.

UK Research and Innovation (UKRI) is investing £30 million in the projects and a central hub located at the University of Oxford to conduct the research over four and a half years.

An additional £1.5 million be invested in further studies in the third year of the research.

The demonstrator projects will investigate the management of peatlands to maximise their GHG removal potential in farmland near Doncaster and at upland sites in the South Pennines and Pwllpeiran in west Wales, enhanced rock weathering and large-scale tree planting to assess the most effective species and locations for carbon sequestration at sites across the UK.

In addition, researchers will also investigate the use of biochar, a charcoal-like substance, as a viable method of carbon sequestration and the rapid scale-up of perennial bioenergy crops such as grass and short rotation coppice willow at locations in Lincolnshire and Lancashire.

According to UKRI, all five methods have the potential to remove GHGs from the atmosphere, however, their effectiveness, cost and limitations need to be better understood and proven at scale.

The results from the research will be used to shape longer term government decision-making on the most effective technologies to help the UK reduce carbon emissions and tackle climate change.

Professor Sir Duncan Wingham, Executive Chair of the Natural Environment Research Council (NERC), part of UKRI, said: “Reducing GHG emissions is a priority for the UK, but it’s clear that alone that will not be enough to reduce CO2 and meet the UK’s net zero climate target by 2050.

“These projects will investigate how we can actively remove greenhouse gases from the atmosphere using innovative technologies at the scale required to protect our planet.

“This investment by UKRI is especially significant as the UK prepares to host COP26 in Glasgow later this year.”