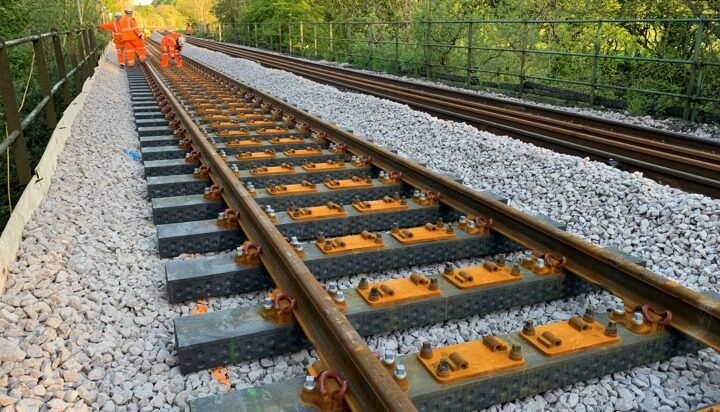 What if recycled plastic rail tracks shine a light at the end of the plastic waste tunnel?

Network Rail, the British operator of the rail infrastructure, has unveiled what is described as the UK’s first plastic railway sleepers.

A railway sleeper is normally made of concrete and laid between two rail tracks, to keep the correct distance between them.

Plastic bottles, food packaging and other plastics have been used to create these new composite railway sleepers for Network Rail’s main line tracks.

Manufactured by Sicut Ltd, the sleepers are made of a blend of locally-sourced plastic waste that might otherwise end up at landfill.

The new technology was firstly deployed across Sherrington Viaduct, between Salisbury and Warminster.

Rail Minister Chris Heaton-Harris said: “I am proud to see such a positive innovation being used for the first time on the mainline railway.”

Network Rail’s Wessex route Director, Mark Killick, said: “Rail is already one of the greenest ways to travel, but we’re committed to even greener and better journeys whether this be changing how we maintain the lineside or finding innovative ways to improve the railway by reusing materials and reducing landfill.”