Boris Johnson has promised that all electricity in the UK will be produced from clean sources – but what does the industry think? 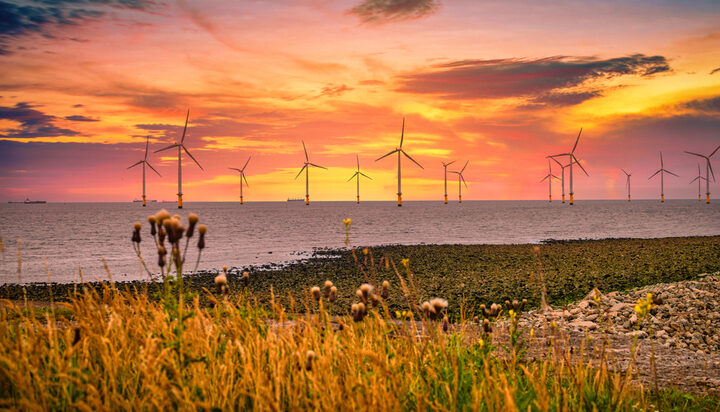 Boris Johnson is set to announce a new promise for grid decarbonisation with Britain sourcing all its electricity from renewable energy sources.

Commenting on the Prime Minister’s commitment to decarbonise electricity by 2035, RenewableUK’s Chief Executive Dan McGrail said that scaling up on renewables is the most efficient way to protect consumers from gas price shocks and meet net zero.

He explained that wind alone is already producing nearly a quarter of the UK’s electricity and predicts that offshore wind capacity is set to quadruple by 2030: “Boris Johnson deserves credit for backing the Climate Change Committee’s urgent call to decarbonise electricity by 2035, but to make this a reality we need to move even faster, building more onshore and offshore wind projects without delay, as well as harnessing the full potential of innovative technologies like floating wind, renewable hydrogen and marine energy.

“That’s why we’re calling for the government to help remove the barriers which are getting in the way building of vital new projects and for Ministers to go the extra mile by setting ambitious new targets for clean energy technologies across the board for 2030.

“The renewable energy industry is driving this change by attracting billions in investment and creating tens of thousands of high-quality jobs in the UK’s cutting-edge clean energy companies.”

Urgent investment in nuclear is required

In reaction to the Prime Minister’s target of 100% clean electricity by 2035, Tom Greatrex, Chief Executive of the Nuclear Industry Association, said: “The PM’s target requires urgent investment in a new generation of nuclear stations for clean and reliable power. We know that nuclear and renewables work well together to cut emissions, and we’ll need a strong low-carbon energy mix to fully decarbonise the grid and protect our energy security.

“The government needs to legislate for a new financing model and give its clear backing to large and small nuclear projects.”

Simon Cran-McGreehin, Head of Analysis at the Energy and Climate Intelligence Unit, said: “The government’s pledge to decarbonise the power sector by 2035 is a key step towards net zero, and a major vote of confidence in the industry’s ability to continue slashing emissions.

“With the US making this same commitment just a few weeks ago, the international move to low carbon power is gaining momentum ahead of COP later this month.”

The new target for the decarbonisation of the UK’s grid is welcomed by Greenpeace UK. However, the environmental group is concerned about the role of nuclear in the future energy mix.

Dr Doug Parr, Chief Scientist for Greenpeace UK, said: “All senior politicians have now realised that gas needs to be taken out of the electricity system.

“But the government remains unhealthily attached to nuclear technology, hoping against all experience that it will improve to the point where it becomes competitive with renewables.

“As we have learned over the last seventy years, nuclear just doesn’t get cheaper. The case for large scale reactors is weakening day by day as it becomes more and more obvious that the future of energy is a decentralised, flexible grid that makes use of new storage technologies whose costs are falling sharply, as well as cheap and rapidly deployable renewables.

“Trying to prop up the nuclear industry will just make that transition slower and more expensive.”