Industry reacts to the government’s ‘levelling up’ Budget

Did the slashing of duty on fruit cider overshadow the ‘green ambition’ of the Autumn Budget? What does the industry think? 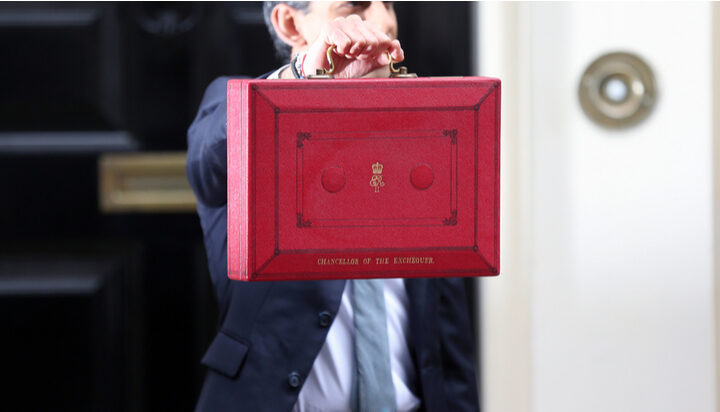 The famous red Budget box opened yesterday to reveal the government’s spending priorities as the Chancellor vowed to ‘lay the foundations for a post-Covid economy’.

So, how has the sector reacted?

A big vote of confidence in nuclear

Responding to the Budget announcement, Tom Greatrex, Chief Executive of the Nuclear Industry Association said: “This is a big vote of confidence in nuclear and a historic step forward for nuclear investment with new money for a large-scale project, alongside money for modular reactors to enable future projects.

“We can not get to net zero without investing in new nuclear capacity and this is a clear signal from the government to investors that it sees nuclear as essential to our clean energy transition. This is not only an investment in a greener future but also in jobs and skills right across the country.”

Morag Watson, Director of Policy at Scottish Renewables, said: “The announcement of £380 million for the offshore wind sector to boost investment in this growing industry is a welcome move which will support Scotland’s ambitions for the sector and deliver new green jobs and skills.

“Heat decarbonisation is the next big focus of our net zero journey and whilst the budget focuses on renewable heat measures in England and Wales, clarity is needed from the UK Government on how it will replace the Domestic Renewable Heat Incentive in Scotland.”

Responding to yesterday’s Budget and Spending Review, Sir John Armitt, Chair of the National Infrastructure Commission, said: “With reasonable capital settlements for key areas including local transport outside London and an increase in the guidelines for projected infrastructure spending for the long term, these announcements indicate a government keen to support a more stable national infrastructure planning cycle.

“In the current fiscal context, today’s red box contains a solid down payment on a long-term fiscal commitment to infrastructure.”

A step in the right direction

Mike Thornton, Chief Executive of Energy Saving Trust, said: “A week after the UK Government announced its Heat and Buildings and Net Zero Strategy and four days before the UK hosts COP26, the spending commitments outlined today by Chancellor Rishi Sunak, confirming energy efficiency funding and announcing additional funding for transport infrastructure, are a step in the right direction to support the UK in achieving a net zero society by 2050.”

Rebecca Newsom, Head of Politics at Greenpeace UK, said: “The climate emergency should have been the centerpiece ahead of the most critical UK-hosted climate talks in years, but Rishi Sunak spent more time discussing duty on domestic cider.”

Luke Murphy, Head of the Institute of Public Policy Research Environmental Justice Commission, said: “Today the Chancellor declared the UK was entering an ‘age of optimism’ but instead he used the budget to extend the ages of fossil fuels.

“Cutting air passenger duty was the most significant new policy mentioned in the budget speech today which will have an impact on greenhouse gas emissions – and it will increase them. Rishi Sunak talked for longer about beer duty, than our duty to future generations to address the climate and nature crises.

“The truth is, this climate-void, fossil-fuel heavy budget failed to deliver the necessary £30 billion of investment needed each year to meet our climate and nature targets.”