Once operational, it is predicted to be Europe’s most powerful offshore turbine 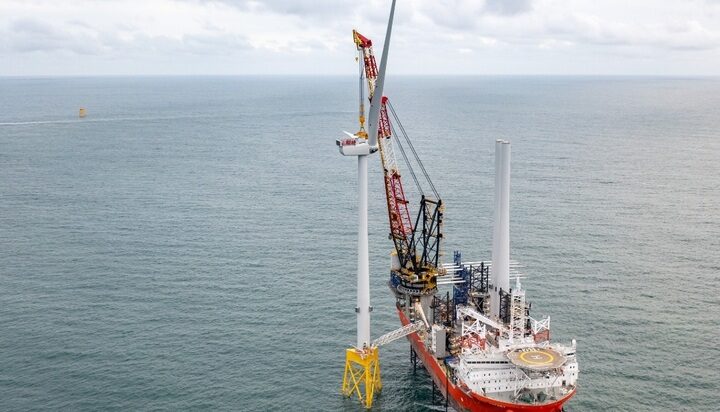 Anything that is first is always special, that’s why Seagreen, a project described as Scotland’s largest offshore wind farm announced a milestone in installing its first wind turbine.

Once operational, the first Vestas 10MW turbine is forecast to be the most powerful turbine currently installed in Europe.

Two months ago, Seagreen installed its first turbine base.

The 1.1GW project is predicted to generate around 5,000GWh of renewable energy every year.

That is enough to power more than 1.6 million homes and save around 1.6 million tonnes of carbon dioxide emissions annually.

The £3 billion wind farm is a joint venture between SSE Renewables and TotalEnergies.

Paul Cooley, Director of Capital Projects at SSE Renewables, said: “Seagreen is a project that’s always pushing boundaries and is full of firsts. Installing the first turbine at any offshore project is a really important milestone but when that turbine is also the first of its type to be installed anywhere in the world, it makes even more exciting.”

“As a company that is working towards net zero and investing in Scotland in order to reach that ambition, reaching this important milestone shows that we are making good progress. By the end of next year we expect that all of Seagreen’s turbines will be in place, ready to start providing homes and businesses across the country with renewable power.”