Storm Malik and Corrie: Thousands of homes without power 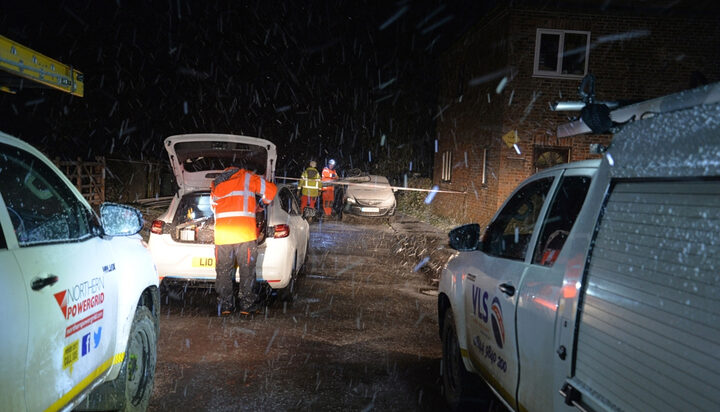 Nearly 16,000 homes in Scotland and north east England remained without power on Sunday evening in the aftermath of Storm Malik and Storm Corrie.

The Scottish Government estimated that around 98,000 households lost power as a result of Storm Malik winds, some more than 90mph.

Deputy First Minister John Swinney said: “The power companies have drafted in a large number of additional engineers and are making significant inroads into reconnecting customers.”

Northern Powergrid Director Paul Glendinning said: “We have confirmed that there is around 200 damage points on the low voltage network that will reconnect only a small number of customers for each repair.”

On Sunday evening, Scottish and Southern Electricity Networks (SSEN) said it remained at red alert status for its north of Scotland customers as its teams continued to respond to “significant damages”.

The company said: “As of 8pm this evening, power has been successfully restored to around 64,000 customers affected by Storm Malik, with around 9,000 customers remaining off supply following yesterday’s extreme weather.”

Peter Kocen from Energy Networks Association, said: “Network operators restored power to 177,000 customers who have been affected by the storms over the weekend and last night.

“We are continuing to work as quickly and safely as possible to reconnect everyone, with 45,500 people without power just now. We are working closely with local authorities to coordinate a community response and provide support, including hot meals and respite, to those affected.”