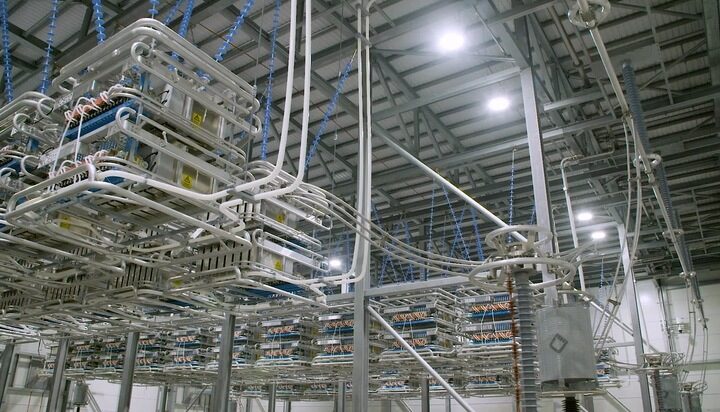 National Grid ESO has recommended “large reinforcements” in the electricity transmission network to be able to manage the growing cost of balancing actions associated with the scale of renewables.

In its annual Network Options Assessment (NOA) report, the ESO suggests interconnector projects of 18.2 GW to 29.5 GW between Britain and Europe by 2041 would provide “maximum benefit” to consumers and industry.

The report which provides an economic assessment of potential development projects over the next fifteen years for Great Britain’s high voltage electricity transmission network also highlighted the need to progress a number of grid infrastructure projects in Scotland.

Commenting on the NOA, Rob McDonald, Managing Director of SSEN Transmission, said: “This year’s NOA report fires the starting gun for over £5 billion of investment in grid infrastructure in the north of Scotland.

“This will be critical to enabling the growth of renewable electricity in the region needed to deliver net zero, including the first step in unlocking the vast increase in offshore wind expected following the recently announced outcome of the ScotWind leasing round.”

Need for a joined-up approach

Scot Mathieson, Network Planning and Regulation Director at SP Energy Networks said: “The most recent NOA recognises the key role we and other transmission operators will play in supporting Scotland to achieve its net zero ambition.

“In order to realise this and to benefit from the economic opportunity this will bring we need an innovative and joined up approach across industry, government and the regulator to ensure opportunities to deploy crucial renewable energy projects are not missed, but accelerated.”

Starting point for the next step

Morag Watson, Director of Policy at Scottish Renewables said the north of Scotland has an important role to play in achieving net zero.

Mr Watson added: “Today is the starting point for the next step in creating a Scottish electricity grid for net zero, with this investment key to enabling the growth of the renewables industry, bringing skilled jobs and huge economic opportunities to the area.”

£10 billion of investment is needed

Lydia Ogilvie, Director of Network Strategy and Operations at National Grid Electricity Transmission, said: “We welcome the recommendations made by National Grid ESO in their NOA, as we continue to build the critical infrastructure needed to support the UK’s journey to net zero.

“The recommendations include support for a set of major projects we are developing to upgrade the transmission system in order to help the government achieve its ambition of 40GW of offshore wind generation by 2030.

“These include proposals in the Humber, Lincolnshire, East Midlands, North of England, Yorkshire, North Kent, four in East Anglia (one of which is a proposed offshore link between Suffolk and Kent) and two proposed offshore electricity connections between Scotland and northern England.

“To deliver this infrastructure will require potentially over £10 billion of investment over the next ten years, essential to achieving the governments offshore wind and net zero targets, long-term security of energy supplies for UK consumers and creating jobs and economic growth.”