A new study found that solar panels at Bath Abbey could bring a profit of £139,000 over 25 years 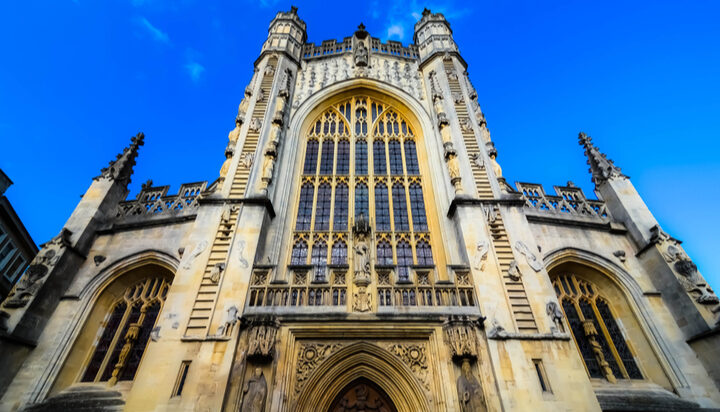 The installation of solar panels at places of historic significance could bring down energy bills and future-proof them against rising prices, according to a new study.

Researchers from a University of Bath-led consortium of seven universities studied the dimensions, tilt and orientation of the Bath Abbey roof to examine the benefits from an installation of 164 photovoltaic panels.

The study found that the system could provide a profit of £139,000 during a 25-year period.

The system is also predicted to produce around 45MWh annually – that accounts for nearly 35% of the cathedral’s annual energy usage.

The research also suggests the equivalent amount of carbon dioxide saved would be around ten tonnes a year.

Matthew Smiles, a PhD researcher at the University of Liverpool, said: “It’s very difficult to insulate historic Grade I listed buildings like Bath Abbey, so installing solar panels is a good way to reduce the carbon footprint of these buildings.

“Most of the Abbey’s electricity is used during the day, when the solar panels would be generating energy from sunlight, making it an ideal building to implement them.