Commercial buildings at Square Mile are the largest contributors to carbon emissions, according to new research 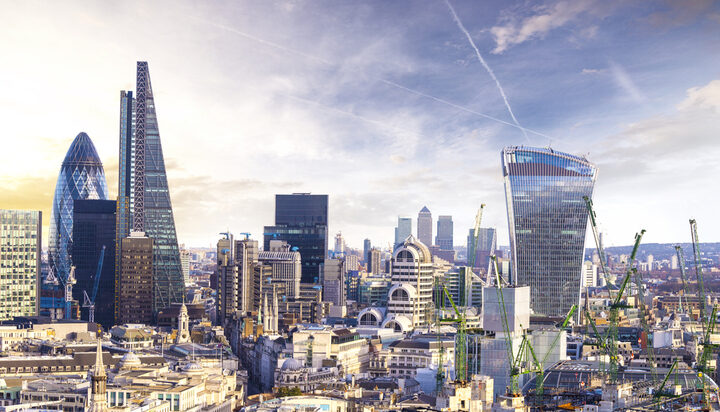 Buildings in the City of London are on track to meet negative carbon dioxide emissions targets.

That’s according to new research by the government-funded research centre Active Building Centre which predicts the City is to meet its negative built-environment carbon emissions targets by 2027.

The study also found that other boroughs are lagging behind.

The authors of the report point out that if these boroughs don’t accelerate in adapting energy efficient building designs, they will miss their net zero targets.

Although buildings’ emissions have reduced consistently since 2012, London’s offices, homes, factories and other buildings are projected to still be emitting almost 10,000 kilotonnes of carbon dioxide (ktCO2) by 2027, the Activate Building Centre estimates.

The report also suggests the City of London’s buildings emitted 457ktCO2 last year and notes that commercial properties are the biggest emitters in the capital.

Lee Chambers, Chief Commercial Officer at the Active Building Centre, said: “It is clear that reducing the emissions from London’s buildings will be key to the city meeting the Mayor’s net zero by 2030 target.

“While all boroughs are reducing the impact of the built environment on the climate, buildings still account for 40% of the UK’s carbon emissions and there is more that can be done. Homes and offices need a wholesale upgrade with higher standards for newbuilds and better insulation for existing buildings.”

ELN has approached the City Corporation and the Mayor of London for a response.