“We thought if we were his landlord, maybe he might listen to us”, one of the investors told ELN

The money paid for the rent of the Environment Secretary’s constituency office in Cornwall reportedly covers the legal fees of Insulate Britain activists.

That comes after supporters of the group, the organiser of some of the most disruptive protests in the last few months, has bought the constituency office of Environment Secretary George Eustice.

The group of 30 set up a company under the name of Cawton Ltd which is an anagram of Act Now.

They claim they acquired the property in Cornwall for £51,000 and since then, their company has allegedly received £2,820 in rent from the House of Commons.

The group said this money has been donated to help pay the legal costs of Insulate Britain activists.

ELN talked to one of the investors, Brenda Shrewsbury from Budock Water who said: “We are all part of Extinction Rebellion. We’ve all had so many problems actually contacting him (George Eustice) and getting an answer, if you write to him, it will take months, certainly weeks, but often months to reply.

“And if you are asking him to do something that sort of immediate by the time he answers the moment has passed and we were all so frustrated by this. We thought if we were his landlord, maybe he might listen to us.”

Ms Shrewsbury said the rent from George Eustice’s office is tiny compared with the costs faced by activists that have been persecuted.

Asked about the reasons this money of the rent don’t go to people who are in need and go to activists who had previously caused so much disruption with their protests, she said: “We have discussed that future funds will go towards food banks and poor people, but it’s a relatively small amount of money and it’s a token gesture, but many people in our group are in the category of being pretty cash strapped.”

Sally Wright, another investor from St Day said: “I invested because I am sick and tired of the Environment Minister’s complete refusal to make any decisions which deviate from ‘business as usual’ when we are facing a devastating climate crisis that will lead to the death of millions if we don’t take immediate action.”

ELN has contacted the Department for Environment, Food and Rural Affairs for a response. 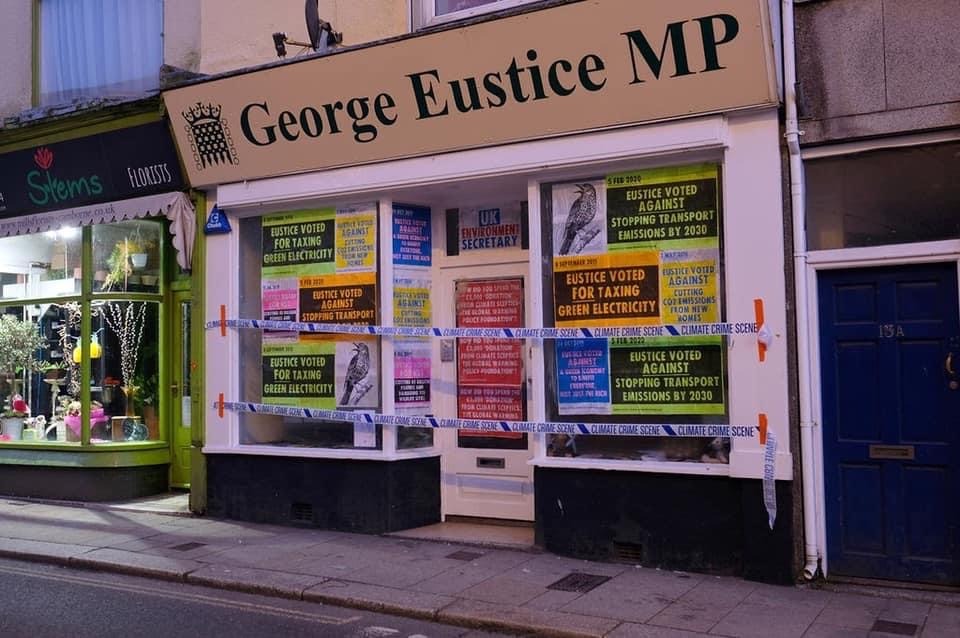