Is the government looking at quadrupling offshore wind? 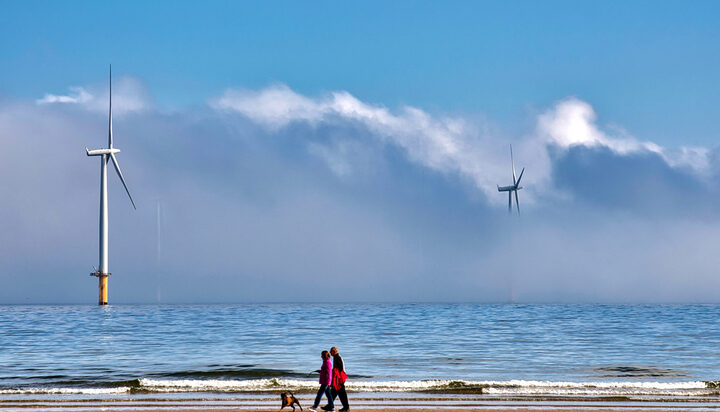 The government is reportedly mulling over a plan that could see the UK’s offshore wind capacity quadruple.

It would be part of the much-anticipated energy security strategy; new government guidance which aims to strengthen the country’s independence amid the energy crisis and the war in Ukraine.

The publication of the paper has reportedly faced delays due to the financial aspects of the plan – reports have claimed that the Treasury is challenging the cost of approving at least six new nuclear power stations.

According to the Financial Times, the government will increase offshore wind from its current capacity of 11GW to 50GW, onshore wind from 15GW to 30GW, solar from 14GW to 50GW and nuclear power from 7GW to 16GW.

Last week, the Cabinet was reportedly divided over plans to loosen planning laws in a move that could boost onshore wind.

A few days ago, the Education Secretary said he would agree with the idea that planning laws should be relaxed to allow more onshore wind, “only if the local community supports having more onshore wind”.

ELN has approached BEIS for a response – the Department declined to comment.