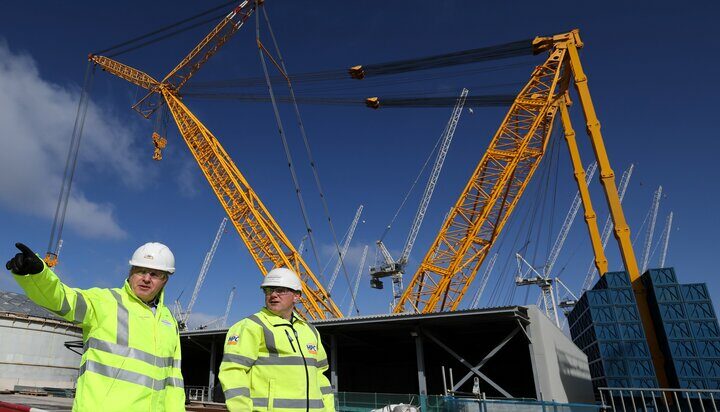 The boss of E.ON UK has criticised the government’s Energy Security Strategy over its failure to offer more support to customers amid the rising cost of living.

E.ON UK Chief Executive Officer Michael Lewis said: “We needed an Energy Security Strategy to set a course for a zero carbon future and to help protect customers from the savage increases in energy bills sparked by the global energy crisis. We got neither.

“We all know energy bills could rise sharply again ahead of winter. The Energy Security Strategy was a chance to help people prepare and ensure they pay less should the worst happen but there is little in today’s announcement that will deliver a solution this decade, let alone this year.”

Mr Lewis touted energy efficiency as the “fabled silver bullet” for a future energy system and added that by abandoning any extra commitment to insulating Britain’s homes, the new strategy condemned thousands more customers to paying more than they need to for their heating.

The government’s climate advisors, the Climate Change Committee (CCC) said the new commitments included in the new strategy are ‘hugely ambitious’ but they lack focus on the current energy crisis.

CCC Director of Analysis Mike Thompson said: “Recognising the difficulties in implementing effective policy quickly, it is still disappointing not to see more on energy efficiency and on supporting households to make changes that can cut their energy bills now.

“The government has reiterated its commitment to do more and we look forward to seeing details in the coming months.”

Prime Minister Boris Johnson has defended the government’s new strategy that puts offshore wind and nuclear power at the centre of the policy.

The new plan aims to produce 95% of Britain’s electricity from low carbon sources.

Mr Johnson said: “We cannot allow our country to be dependent on Russian oil and gas.

“An important part of the British Energy Security Strategy is our plan to deliver eight new nuclear reactors, the equivalent of one a year, powering millions of homes with clean, safe and reliable nuclear energy.”