The company’s chief has called on the government to take £1,000 off bills of vulnerable customers 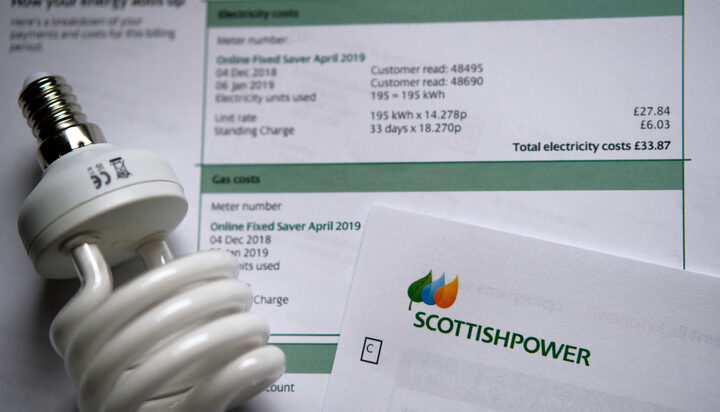 ScottishPower’s retail arm has recorded a £12 million loss for the first three months of the year.

The company said the six-month delay in updating the price cap mechanism has led to “a continued strain on earnings”.

The company, which serves around 4.8 million customers, said earnings before interest, taxes, depreciation and amortisation (EBITDA) fell by £118 million, or 111.5% year-on-year.

Keith Anderson, ScottishPower Chief Executive Officer, said: “UK households are facing a cost of living crisis that is unprecedented and is only set to get worse with energy prices likely to rise further in October.

“The scale of this issue is too big for one industry to deal with and that’s why we believe we need a new approach which could see the government reducing bills by £1,000 for the most vulnerable with a targeted fund and costs only recouped once prices return to normal and over a longer period of time.”

Mr Anderson has also urged the government to “think out of the box” on the solution to support the worst hit by the ongoing energy crisis.

Last week, speaking during a session of the Business, Energy and Industrial Strategy Committee, the chief of ScottishPower highlighted the importance of a social tariff.