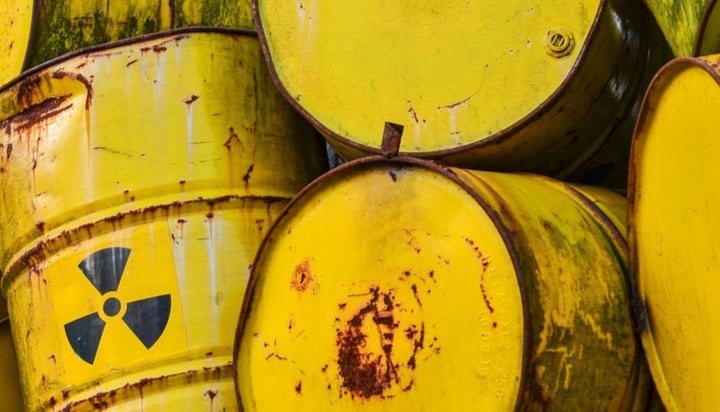 Officials have been warned about the potential environmental impact of plans to dispose of radioactive nuclear waste beneath the seabed off the north coast of England.

Nuclear Waste Services (NWS), the developer of the Geological Disposal Facility (GDF) said it is “committed to environmental protection at all times”.

NWS Senior Project Manager Chris Eldred said: “The information we gather will help us to further consider the suitability of the geology beneath the seabed, to host a GDF and support informed dialogue with the communities that are at the heart of the siting process.”

“Our concerns regarding the testing regime itself is that it necessitates the prolonged and repeated sound blasting of the seabed of the Irish Sea every few seconds for a period of several weeks whilst the ship patrols a search area of some 250 square kilometres and that this activity will be both disruptive and harmful to marine life, some of which has protected status, both in the area and for many miles around it.”

Mr Outram added that he was not convinced that any nuclear waste dump facility, however well engineered, could provide a ‘forever guarantee’ against a potential leakage scenario.

Cetacean Strandings Investigation Programme Manager Rob Deaville from the Zoological Society of London said: “Many species of odontocetes are sensitive to noise disturbance, given their primary sense is acoustic in nature.

“Generating impulsive noise, such as through seismic surveys, can have a disturbance effect and may cause habitat avoidance and potentially exclusion from an area.

“Depending on how close animals are to the source of impulsive noise, potential impacts can also include direct physical effects ranging from temporary or permanent threshold shifts in hearing to direct blast trauma and also the risk of decompression sickness like conditions in some species that may ascend too rapidly to startle responses.

“Finally, the area is a known habitat for many cetacean species, ranging from coastal harbour porpoises to deeper diving Risso’s dolphins. So, I would still have a concern about the seismic survey efforts and our teams are very much on standby, in the event we receive increased reports of live/dead strandings over this period.”