The decision to appoint a “part-time” Energy Minister whilst the Energy Bill is still going through Parliament is “worrying”. David Cameron replaced John Hayes with Michael Fallon as Energy Minister […] 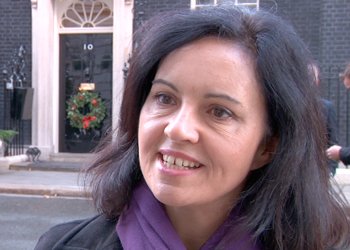 The decision to appoint a “part-time” Energy Minister whilst the Energy Bill is still going through Parliament is “worrying”.

David Cameron replaced John Hayes with Michael Fallon as Energy Minister last week to the shock of many in the industry and in the view of Labour’s Shadow Energy and Climate Change Secretary Caroline Flint (pictured) wrongly.

Ms Flint said: “It is worrying that at a time when the Energy Bill is still going through Parliament, crucial negotiations for nuclear power are ongoing and investors are losing confidence with this Government, David Cameron has chosen to appoint a part-time Energy Minister.

“In the next decade Britain needs to attract over £100 billion of investment to keep the lights on. But David Cameron appears to think that keeping tabs on his unruly Tory backbenchers is more important than the country’s energy policy. David Cameron now has four ministers without portfolio, paid for by the taxpayer, but only one part-time Energy Minister.”

Mr Hayes will leave DECC to take up the role of Minister of State without portfolio whilst the new Minister will join in as well as carry out his post at the Department for Business, Innovation and Skills (BIS).

DECC said the two roles will help join up the Government’s work on low-carbon industries like nuclear and offshore wind and the supply chain.

Energy Secretary ED Davey said: “I am delighted to welcome Michael Fallon to DECC. He brings with him a wealth of business experience and will make an excellent addition to the team. He will help to cement the links I’ve been making across Government as energy is such a critical industry for the UK’s growth prospects and the creation of green jobs.”

The newly appointed Minister added: “Both departments share a strong focus on business and the economy and I am delighted to be given the opportunity to build on their cross cutting work on this agenda.

“This week has seen the launch of important industrial strategies for the nuclear and oil and gas sectors to secure future billions of investment, thousands of jobs and a diverse energy mix. A strategy for offshore wind will be completed in the coming weeks. Energy policy has a key role to play in securing sustainable future growth in the economy, strengthening supply chains, keeping people’s bills down and tackling climate change”.

Environmental groups suggested the new post would give Mr Fallon the opportunity to “clean up” Britain’s power sector.

Greenpeace Policy Director Doug Parr said: “Britain is at a crossroads, with decisions being made now that will define how we get and use energy for the next 30-40 years. As such, Michael Fallon has a real opportunity to clean up our power sector, capitalise on clean, home-grown energy and properly open Britain for green business.

“In opposition he authored a law to drive investment in renewable energy and as Deputy Chairman of the Conservatives he described the renewables sector as “the work force of tomorrow. We look forward to him putting this vision into practice and safeguarding green jobs and growth.”

Friends of the Earth’s Head of Campaigns Andrew Pendleton added the development of a safe, clean and affordable energy system must be a top priority for the Minister. He said: “It’s time to stop tilting at windmills – the new Minister must recognise the potential of developing Britain’s substantial renewable energy resources and harvest the huge economic and environmental benefits this will bring. The nation’s headlong dash for gas is speeding UK energy policy in the wrong direction – we need a 2030 clean power target in the Energy Bill to put it on the right track.”