British Gas, SSE, ScottishPower and npower today indicated they will drop their domestic energy bills on the back of changes to government policy. DECC is swapping the cost of insulating […] 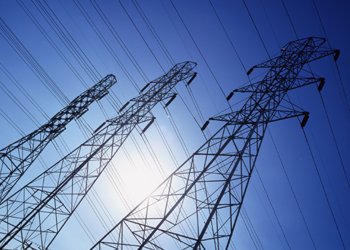 British Gas, SSE, ScottishPower and npower today indicated they will drop their domestic energy bills on the back of changes to government policy.

DECC is swapping the cost of insulating poor households – the social and environmental levy ECO – from energy bills to general taxes and spreading this cost over a longer period of time.

Five of the Big Six suppliers have bumped their tariffs up so far this winter and in light of the change most said they will now snip their rises.

Centrica’s British Gas and ScottishPower both declared the price cut would be around £50. SSE and npower were slightly less forthcoming, agreeing a reduction is on the way.

Paul Massara, CEO of RWE npower said: “We are currently calculating how large this reduction will be… we don’t plan to increase energy prices before Spring 2015, unless there are increases in wholesale energy costs or network charges.”

EDF Energy – which stole a march on its rivals last month by announcing a lower price rise of 3.9% – crowed over the weekend it “expects to be able to maintain” this lower rise, adding it “looks forward to hearing more detail from the Government, but does not anticipate that EDF Energy’s prices will rise again in 2014”.

CEO Vincent de Rivaz said: “We led the way in limiting price rises for customers because we were confident that action could be taken to bear down on costs. This announcement shows it was the right approach”.

E.ON – the lone large supplier yet to announce a tariff hike this winter – today said it doesn’t expect to have to raise prices as a result of social or environmental obligations in the next 18 months.

It wasn’t without reservations about the Government’s plans to rejig the Green Deal though. Tony Cocker, Chief Executive of E.ON UK questioned changes to the rules for Solid Wall Insulation and repeated his firm’s concern over the carbon price floor.

Last week green power firms Ecotricity and Good Energy said they would freeze their prices over the winter.