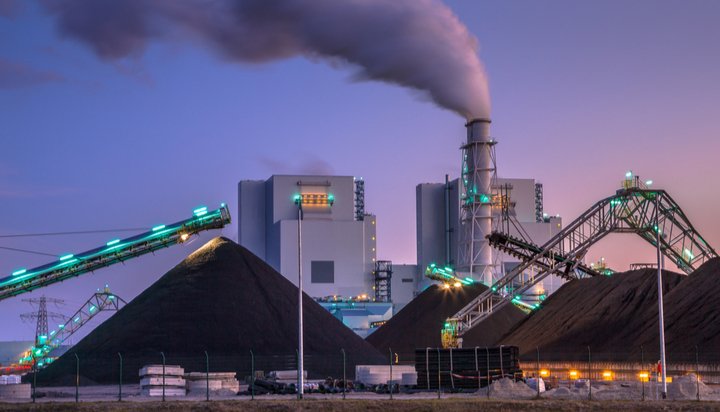 That’s according to new figures published by climate think-tank Sandbag, which show use of the polluting fossil fuel to generate electricity has fallen in almost every coal-burning country across the region.

Total EU coal power generation fell by 50TWh, which was counteracted by a 30TWh increase in wind and solar generation and a rise in natural gas generation of 30TWh.

Coal generation dropped by 65% in the UK from 2018 to 2019 and the country experienced a record-breaking 18-day run without any coal power on its grid.

Similarly, its usage in Ireland fell by 79%, meaning it is now providing less than 2% of the nation’s electricity mix – it also now provides only around 6% of power in Spain and Italy.

Germany saw coal generation fall by 22% as both hard coal and lignite power dropped substantially, with power production falling at 32 out of Germany’s 35 lignite units.

Despite this, Germany was still responsible for 35% of the EU’s combined coal generation over the period.

Coal power retained a stronger hold on power systems in Eastern Europe, largely due to the region receiving only 5% of the EU’s new solar in 2018 – of the 17GW of wind and solar put into place across Europe in 2018, Poland installed only 39MW, Czechoslovakia 26MW, Romania 5MW and Bulgaria 3MW.

For similar reasons, coal generation rose slightly in both Slovenia and Bulgaria to meet demand.

The researchers behind the report note that even if use of the polluting fossil fuel continues to decline through 2019, coal power is still likely to account for 12% of the EU’s greenhouse gas emissions through the year.

The report states: “Governments need to tilt the playing field away from coal, by tightening air pollution limits, embracing higher carbon pricing and not subsidising coal through capacity payments.

“Unsustainable coal-to-biomass conversions continue to be a threat in the future; inefficient coal plants need to be closed, not converted to burning trees.”