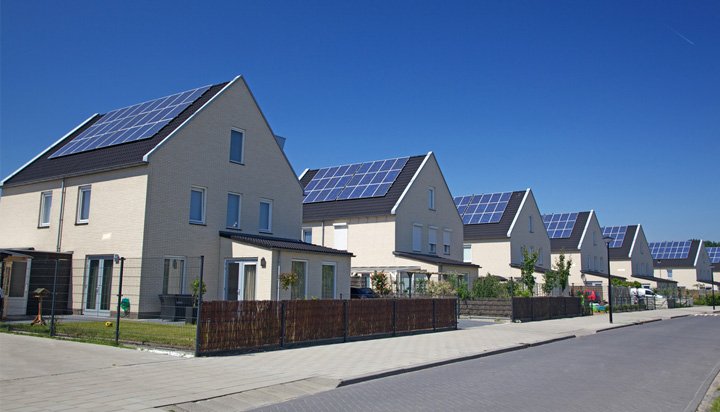 Polluting fossil fuel heating systems such as gas boilers will be banned from being installed in new homes by 2025 under new plans proposed by the government.

They will be replaced with the latest generation of clean technologies such as air source heat pumps and solar panels, according to Housing Secretary Robert Jenrick.

The announcement is part of the new Future Homes Standard, which aims to bring an “environmental revolution” to home building, tackling climate change and cutting emissions in new homes by almost a third while keeping household bills low.

The government is consulting on the proposals on how changes to building regulations, including energy efficiency requirements, can drive down the carbon footprint of homes built after 2025.

Under the plans, new homes must achieve between 75% to 80% lower carbon emissions than those built to current energy efficiency requirements, supporting the government’s new target for net zero emissions in the UK by 2050.

That means a new home built to the Future Homes Standard might have a heat pump, triple glazing and standards for walls, floors and roofs that significantly limit any heat loss.

Mr Jenrick said: “Building new homes isn’t just about bricks and mortar, I want to ensure everyone – including developers – do their bit to protect the environment and give the next generation beautiful, environmentally friendly homes that local communities can support.

“That’s why I am requiring carbon emissions are cut by up to 80% from 2025 for all new homes and have published a National Design Guide, setting out simply what we expect from new development.

“We are also reforming the planning system making it faster and more efficient for everyone, from households to large developers, alongside giving families greater freedom to extend their homes to meet their changing needs.”

The consultation will run until January 2020.

The government intends to introduce a “meaningful but achievable uplift” to energy efficiency standards in 2020 as a stepping stone to the 2025 plans.