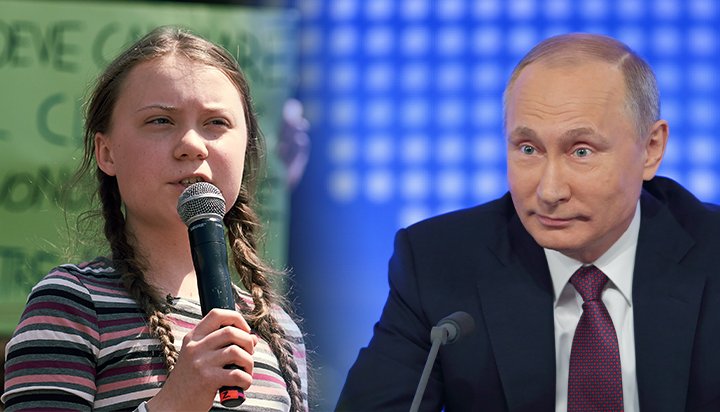 The Russian President attended an energy conference in Moscow, where he told the audience: “I may disappoint you but I don’t share everyone’s enthusiasm about Greta Thunberg’s speech delivered at a UN climate summit in New York last week.”

However, Mr Putin said: “Nobody explained to Greta that the modern world is complicated and complex, it changes fast.”

He said it was “right and very good” that young people are interested in the “acute problems of the modern world” such as ecology but suggested the young climate activist is being exploited by people using children and teenagers in their own interest and called for this to be condemned.

He added countries in Africa and Asia want to develop economically but suggested the cost of doing this cleanly with solar is too high as the technology required is “hardly accessible” for the entire region.

However, he concluded that overall, it was impossible to not support the idea of developing renewable energy sources.